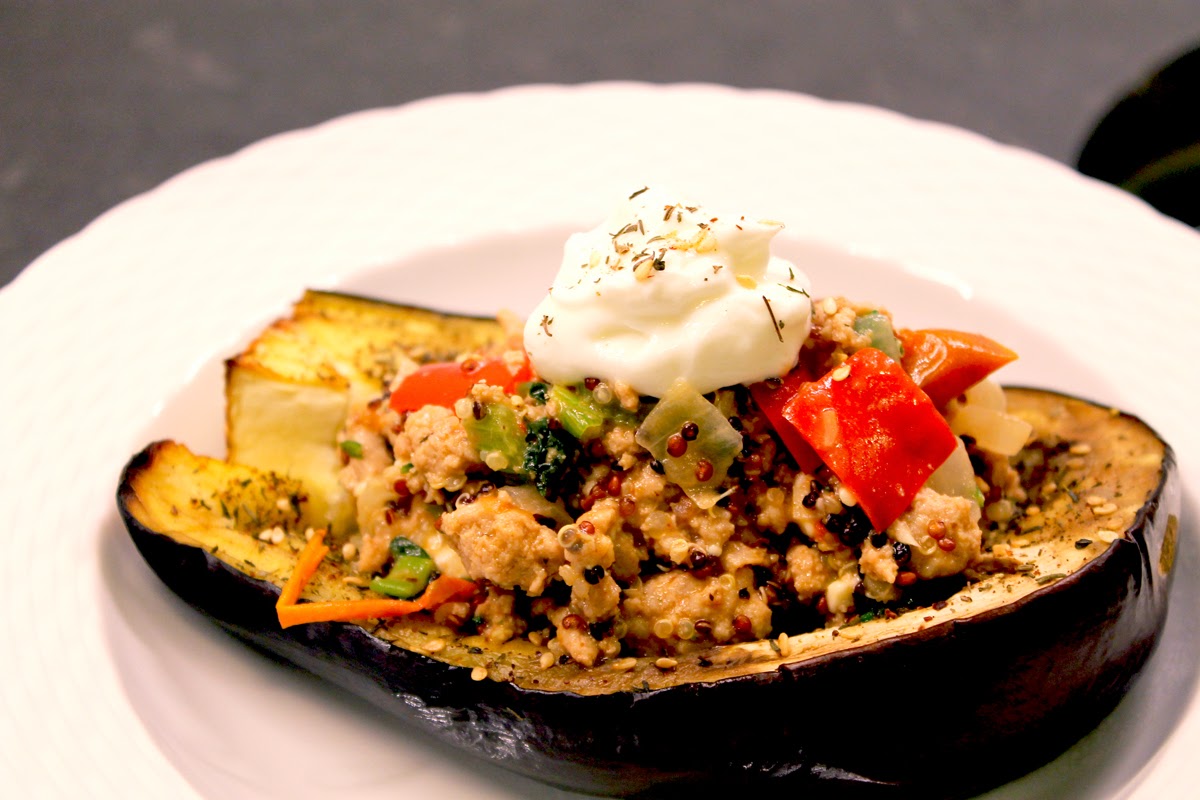 The key to a good Sunday Scale Meal is something that's easy to make a lot of, something that's healthy, and something you don't mind eating a number of days in a row. For this recipe, I decided to use Middle Eastern flavors and eggplant at the core of the meal, and top it with a hearty ground turkey mix that is very customizable and a great source of protein. The result was a super flavorful meal that was a delight to eat for lunches throughout the week. 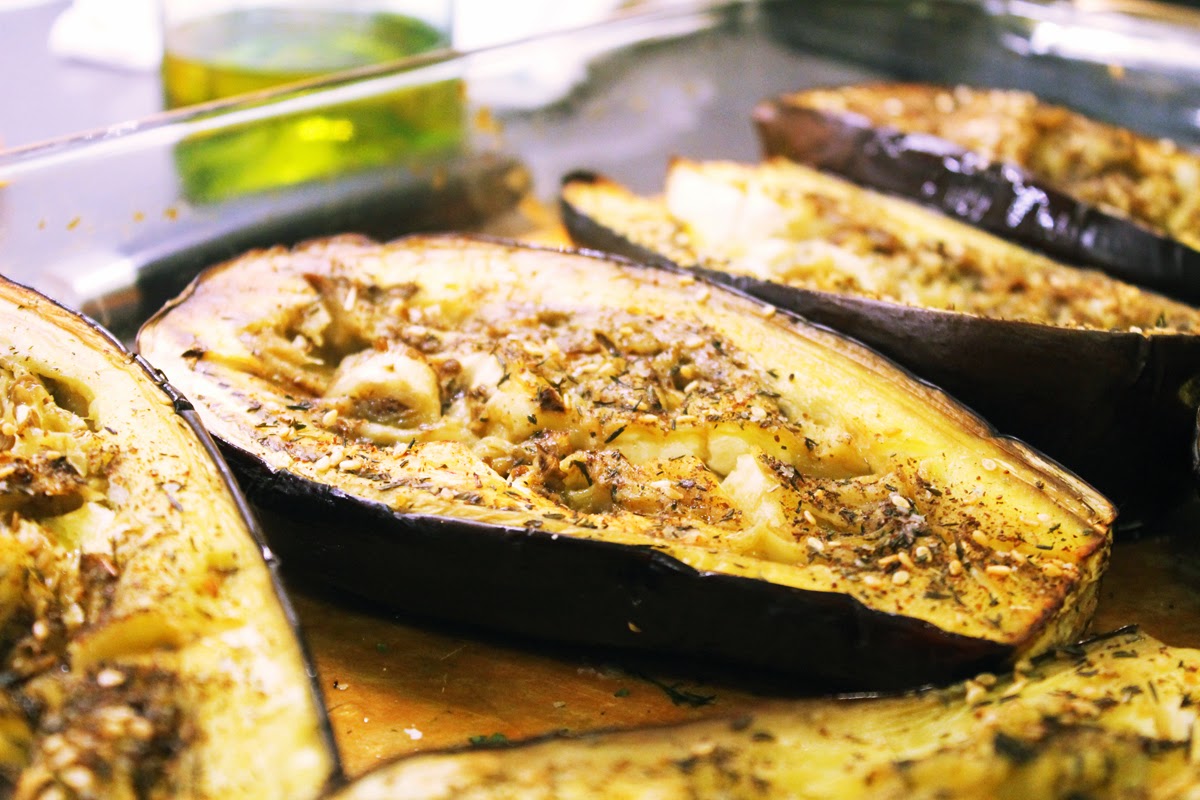 I started by coating the halved eggplants with olive oil and za'atar, which is a middle eastern spice mix of herbs and sesame seeds. You can likely find za'atar at your local market or a specialty food store. I roasted the eggplants for about 45 minutes at 380 until the flesh was easily shredded with a fork. For the stuffing, I cooked quinoa, and sauteed ground turkey meat with onions, red peppers, cherry tomatoes, and green onion and added feta, salt and pepper once it was done cooking. 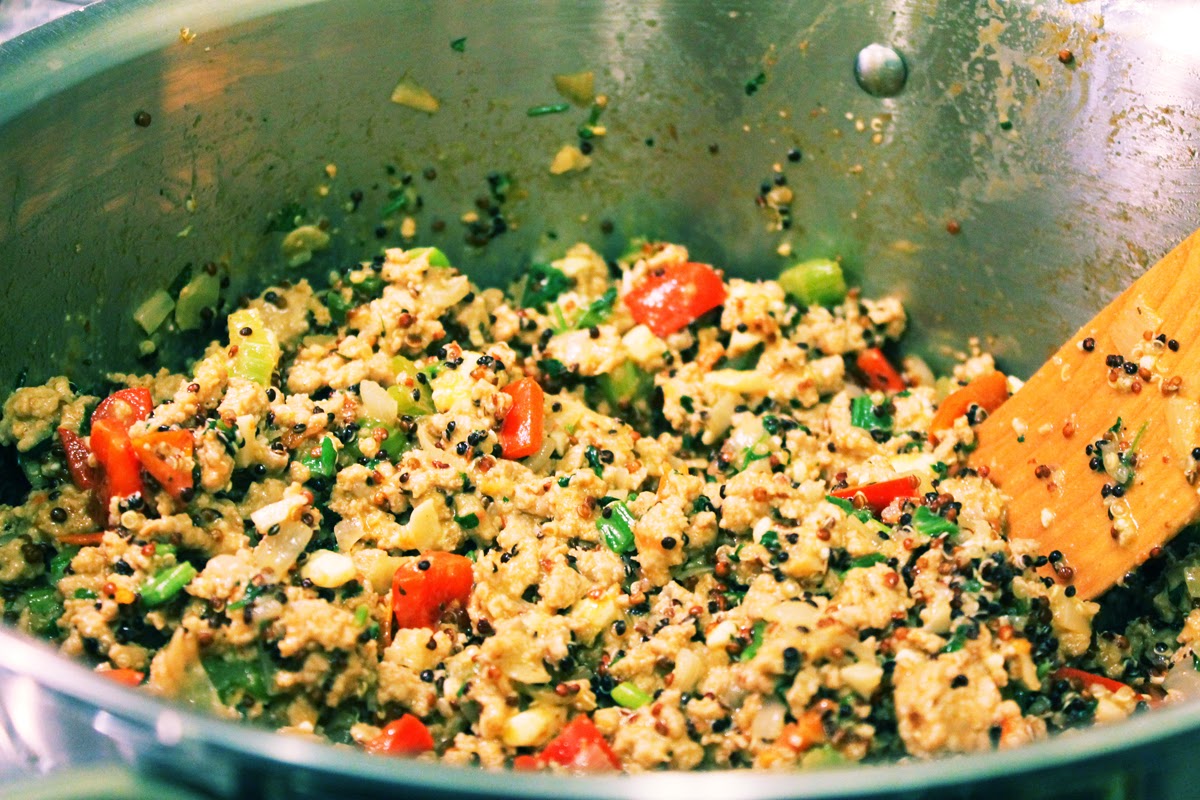 
For Storage, make individual containers with an eggplant half and turkey topping for easy reheating throughout the week.

I saw Your blog and I thought it had great recipes and awesome pictures! I therefore would like to invite You to our new culinary website which has just started.

This is how it works in short. TastyQuery.com is a website for food bloggers and their fans allowing them to automatically collect recipes from Your food blog. It's a large database of links to recipes on food blogs. Everyone can join us for free.

In case of any questions, don't hesitate to contact us.

https://goodmenproject.com/the-good-life/lifestyle-the-good-life/how-find-best-countertop-microwave-your-kitchen/
I was getting bore since morning but as soon as I got this link & reached at this blog, I turned into fresh and also joyful too.