Pork and Potatoes Meet at the Apple 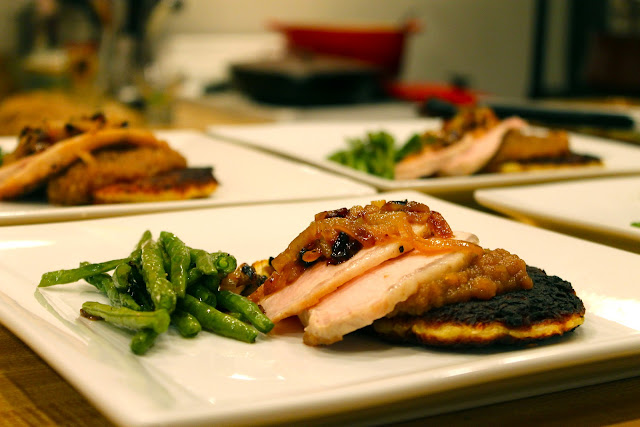 For the main course of my recent dinner party (for the appetizer click here) I made a dish that would confuse a nice Jewish boy. I took two of my favorite dishes, pork loin and potato latkes and brought them together on one glorious plate. The irony of the dish is that both pork and potato pancakes are perfect for each other. The standard accompaniment for both pork and latkes is apple sauce, so what I did was bring the potatoes and pork together with a layer of homemade apple sauce. To top the pork, I made some caramelized onions and for some flavor and color, I made some sauteed green beans. The meal was spectacular. The pork was extremely moist, and the flavors in the apple sauce blended perfectly between the pork and potatoes. The green beans provided a bright visual and gustatory break in the meal against the rich, warm flavors of the pork and potatoes. This would be a perfect meal for a romantic, home cooked Valentine's day dinner. 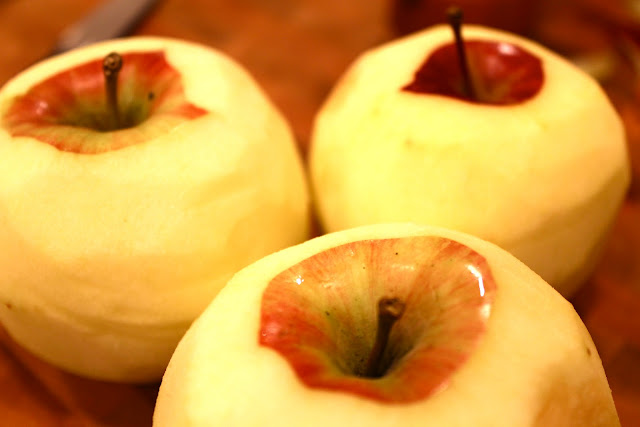 For the apple sauce, I peeled 4 apples, and cut them into small cubes. I then heated some butter in a bit pot and sauteed the onions until they started to brown. I added a little cider vinegar to the onions to scrape the brown bits off of the bottom, added some lemon zest, lemon juice, honey, cinnamon, and a dash of cayenne pepper, and let it simmer covered for 30-40 minutes. I then mashed it up so it was still a little chunky and set aside to cool. 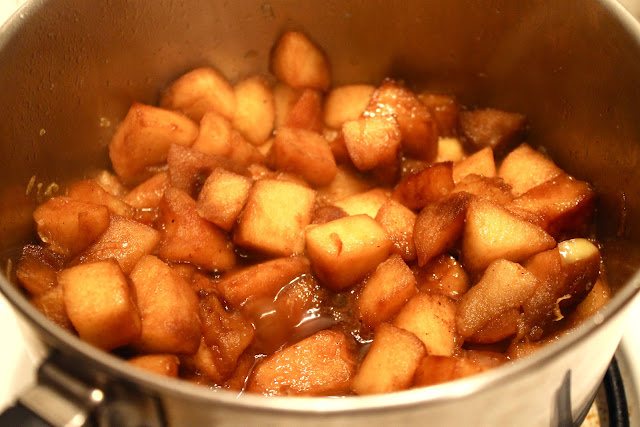 For the pork, I started with a brine. I mixed water, salt, sugar, peppercorns, mustard seed, and bay leaf and let the pork loin sit in it for 6 hours in the fridge (but you can brine it for up to 24 hours). I then let the loin sit out to get to room temperature before cooking. Once I was ready to cook it, I rubbed a little salt and pepper on the pork and seared the outside of the meat until it started to brown. I then laid it over onions, garlic, and rosemary with some chicken broth in a pan and baked it for 25 minutes until done. 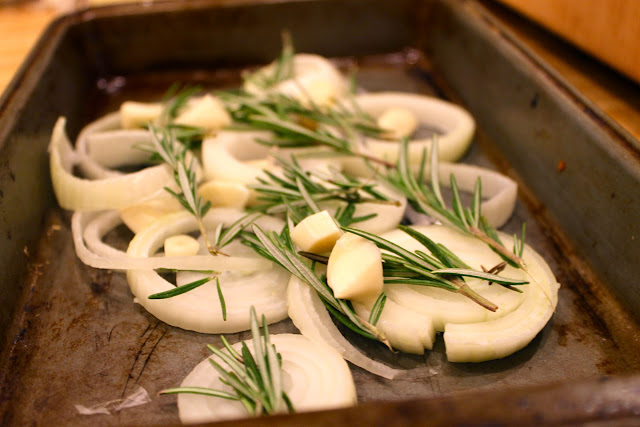 I let the meat rest for 10 minutes after cooking and then sliced it. The meat was incredibly tender and moist. The brine really infuses the meat with moisture, and cooking over the broth ensures that it doesn't dry out in the oven. The pork comes out slightly pink and is full of flavor. 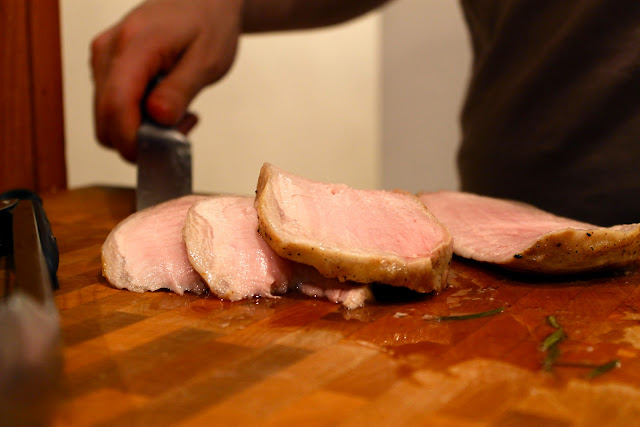 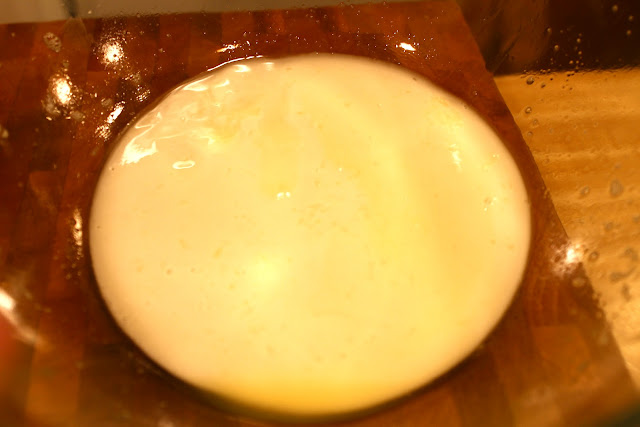 To Cook:
The Pork:
The Apple Sauce
The Potato Latkes 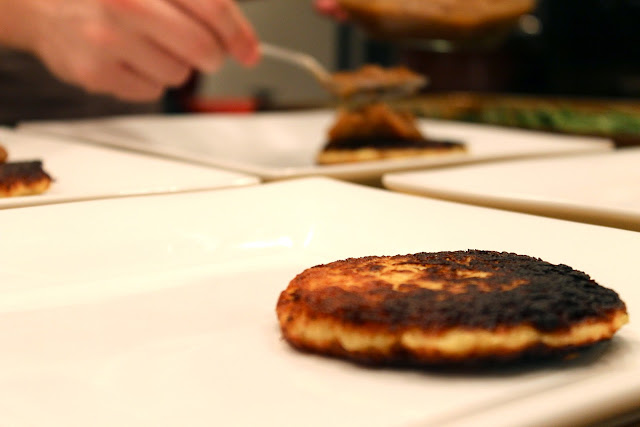