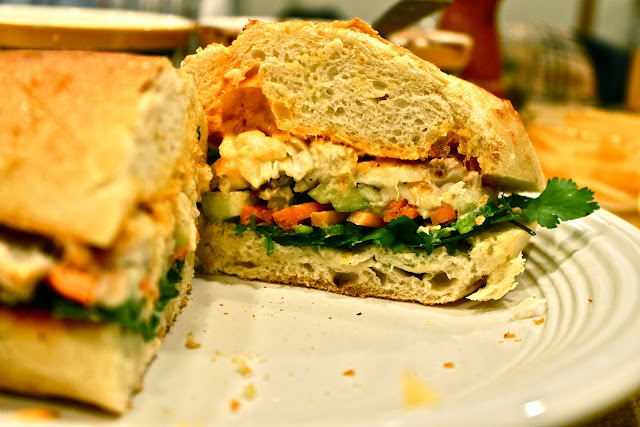 Most people think of a sandwich as an American staple. Whether a classic ham and cheese or tuna melt, or something more involved like a meatball sub or Italian hoagie (sub, hoagie, grinder, sandwich, whatever else you want to call it) the sandwich is considered standard American fare. Where this concept of patriotic sandwichism is thrown on it's head is on the menus of Vietnamese restaurants. One of my favorite dishes in Vietnamese cooking is the Bahn Mi (which comes at a close second to Pho soup, but I'll cover that at another time). A bahn mi sandwich is traditionally made with ground pork and pate and an assortment of vegetables such as cucumber, carrots, jalapenos, cilantro, and radish served on a warm, crispy french baguette. I've seen variations on the sandwich that have beef, chicken, fish, or tofu, but the flavors are usually in the same family with spicy chili sauce and peppers, crisp veggies, and salty meat. For dinner recently, I wanted to make my own simple, healthy take on the bahn mi, so I bought some fresh tilapia along with the standard bahn mi vegetables. 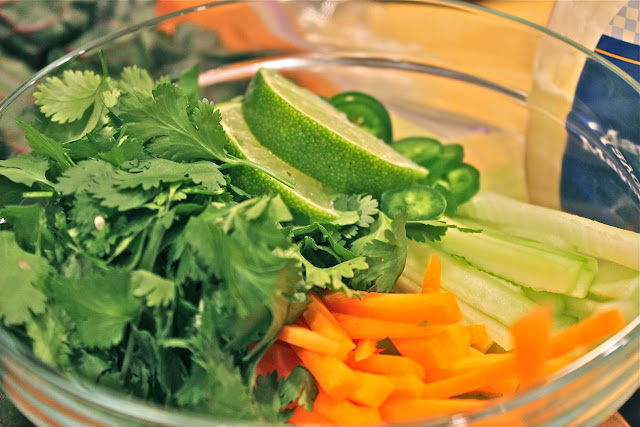 The preparation of the meal was extremely simple. I julienned the carrots and cucumbers, sliced the jalapenos, and chopped the cilantro. I put some salt and pepper on the fish and pan seared it until it was nice and brown on both sides. I toasted the baguette until it was nice and crispy on the outside, and made some sriracha mayonnaise by mixing sriracha chili sauce and mayonnaise. Once everything was ready, I assembled the sandwich and enjoyed! The spicy flavors of the chili sauce and jalapeno came out strongly against the simple flavor of the fish and the bright, crisp flavor of the vegetables and cilantro, and a squeeze of lime brought the sandwich together. The whole meal took about 15 minutes to make and the result was flavorful and fulfilling without being heavy or greasy. My girlfriend wanted an even healthier version, so for hers I omitted the bread entirely, and the result was still delicious. 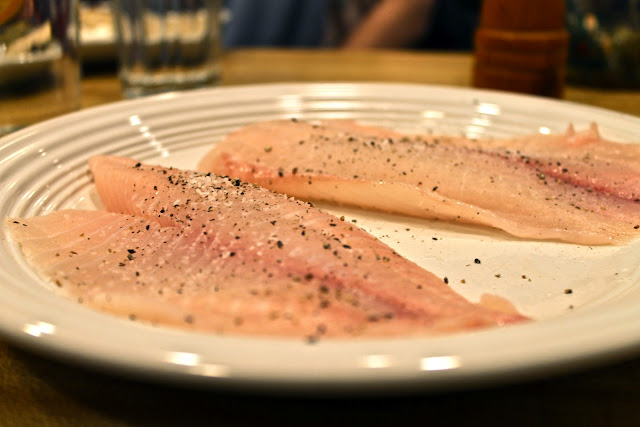 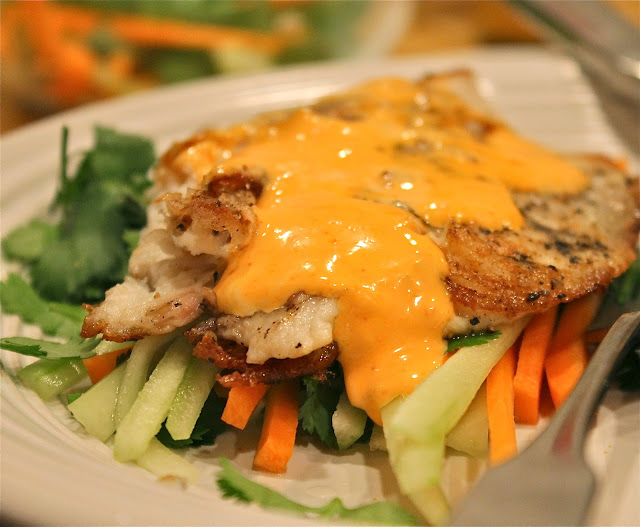