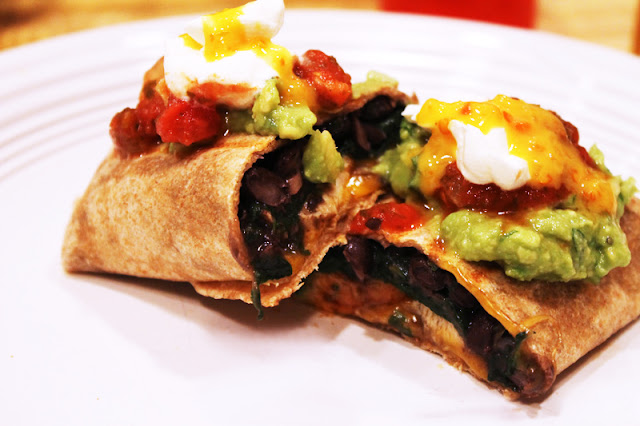 I've recently been very into chicken and spinach burritos from this tiny hole in the wall Mexican place in the East Village called Downtown Bakery on 1st Ave. It's a very simple burrito, but for some reason it's the perfect balance of healthy and unhealthy that you want from a burrito. Because much of recipe inspiration comes from what I eat out, I decided to make my own take on the chicken and spinach burrito. 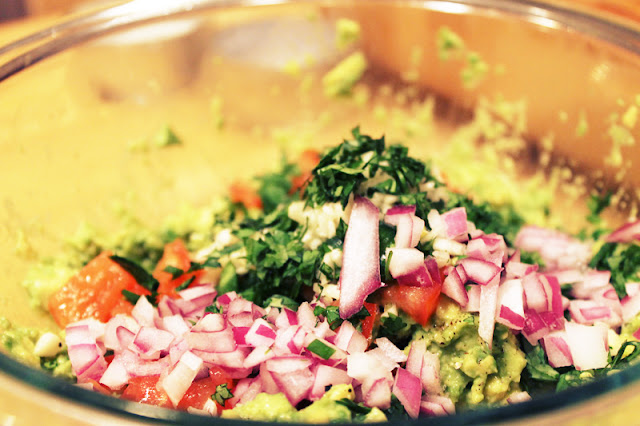 While the contents of a burrito are key, a major component is the accoutrement you serve alongside. I am a huge guacamole fan and feel that it's the glue that holds a good Mexican meal together. I usually go to the same recipe for the guac because it's simple, easy, and delicious. I chop up onion, tomato, garlic, cilantro, jalapeno, and avocado and mix it with some lime juice until it's smooth but the avocado still has some chunkiness to it. The guac is great for a burrito or just to dip with tortilla chips. 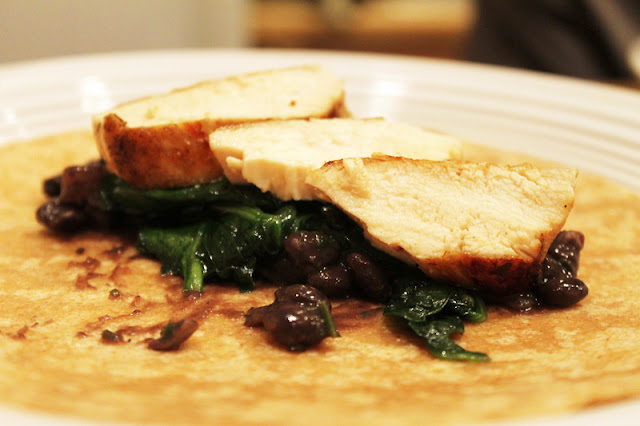 For the burrito itself, I cooked chicken breasted rubbed with salt, pepper, chili powder, cayenne, and paprika in a cast iron, sauteed spinach, cooked up black beans and shredded some cheddar. Once the ingredients were ready, I piled them in a tortilla, carefully rolled it, and used a panini press to seal the burrito and melt the cheese. The whole meal took about 30 minutes to make and made for a Mexican delight along with a Negro Modelo and some tortilla chips.

Ingredients:
(Serves 4)
Guacamole
2 avocados
1 medium chopped tomato
1/2 medium chopped red onion
2 chopped cloves of garlic
1/2 cup of packed chopped cilantro
1 chopped jalapeno (if you want a spicy guac, keep the seeds in. If you like a milder guac, scoop them out with a spoon)
1 juiced lime
Salt and pepper 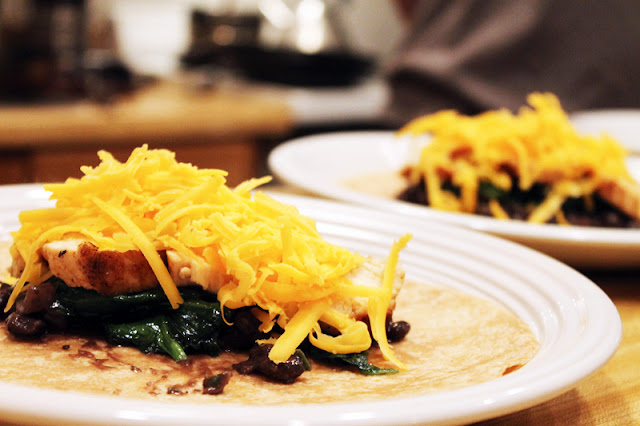