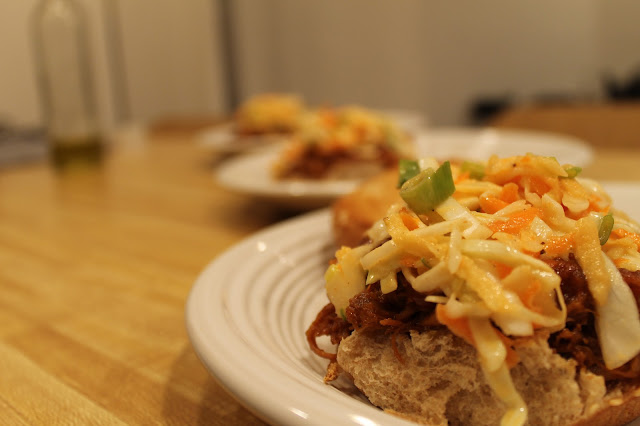 I have an ongoing battle with BBQ sauce. For some reason, I can never make a really good BBQ, and whenever I try, I end up over thinking it, over complicating the recipe, or missing something integral to the BBQ flavor. Today, I tried to take down my nemesis. I found a very simple recipe, and only made some minor tweaks. Being that I'm not going to serve BBQ sauce on it's own, I decided to make some pulled chicken and cole slaw for some easy sandwiches. 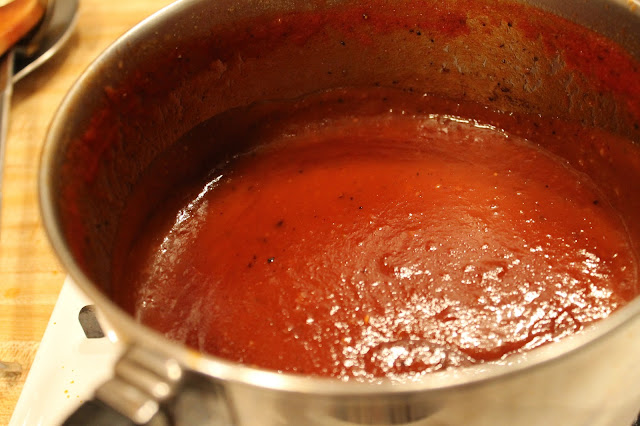 For the BBQ sauce, I chopped half an onion, a seeded jalapeno, about an inch of ginger root, and 3 cloves of garlic. I sauteed those until they were lightly browned and then added 2 cups of ketchup, a cup of water, 1/2 a cup of cider vinegar, 5 tablespoons of brown sugar and 5 tablespoons of white sugar, 1 tablespoon of worcestershire sauce, 1 tablespoon of lemon juice, and 1 tablespoon of fresh ground black pepper. I mixed all of these in the saucepan, let it come to a boil, and then simmered for about an hour. Once it had simmered for an hour, I mixed it with a hand blender to make it smooth. 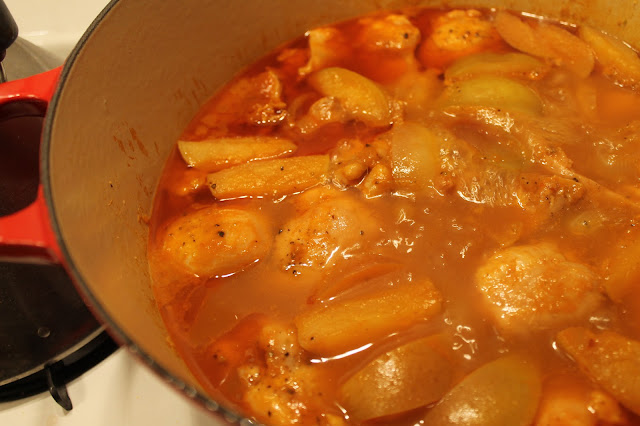 For the chicken, I bought 3 lbs of boneless, skinless chicken thighs and coated them with salt and pepper. I sliced half an onion and placed it in the bottom of a heavy bottom crock pot. I placed the chicken on top of the onion along with 2 apples cut into thick slices, and put 3 ladles of BBQ sauce over the meat. I then added chicken broth to cover the thighs. I brought the broth to a boil and then lowered to a simmer and cooked for about 5 hours. 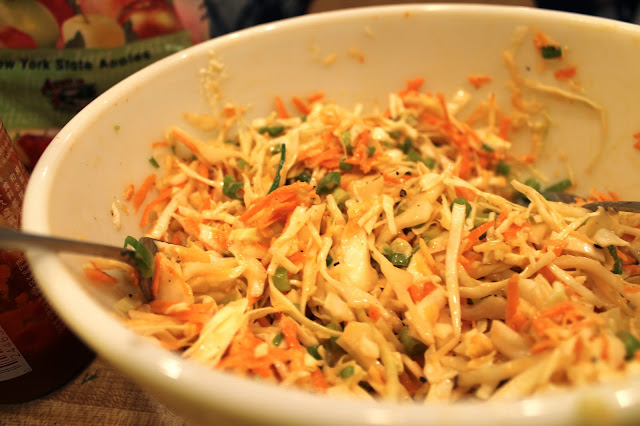 While the chicken was simmering, I made the slaw. I shredded some green cabbage, carrots, apples, and sliced green onion very fine. For the dressing, I mixed cider vinegar, honey, and sriracha chili sauce. I poured this over the slaw, and then added about 2 spoonfuls of mayo. I mixed all of this thoroughly and put it in the fridge to sit until the pulled chicken was ready. 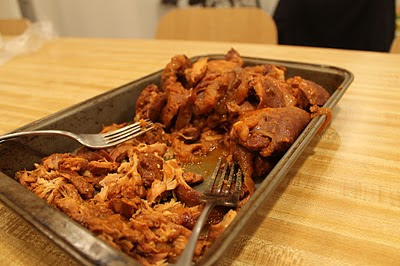 I checked to make sure the chicken was done by tearing it with a fork. Once it was ready to come out, I put it in a pan and shredded it with 2 forks. 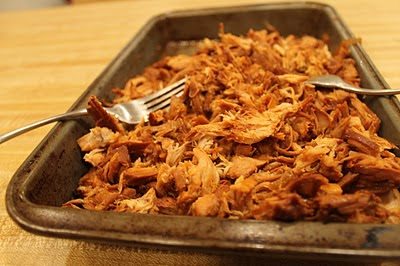 Once all of the chicken was shredded, I put it back in the pot and mixed it thoroughly with the sauce.


The dish turned out really well. The BBQ sauce was very tasty, but a little heavy on the ginger. I may eliminate the ginger entirely the next time I make it. The chicken was delicious. It was so rich and almost tasted like pulled pork. The spice of the slaw complimented the chicken really well, and the sauce brought the whole thing together. Final score: Tyler - 1; BBQ Sauce - 0. 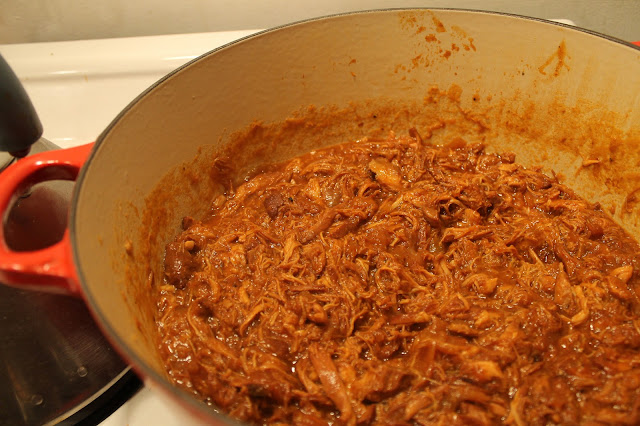