So Few Ingredients, So Much Flavor 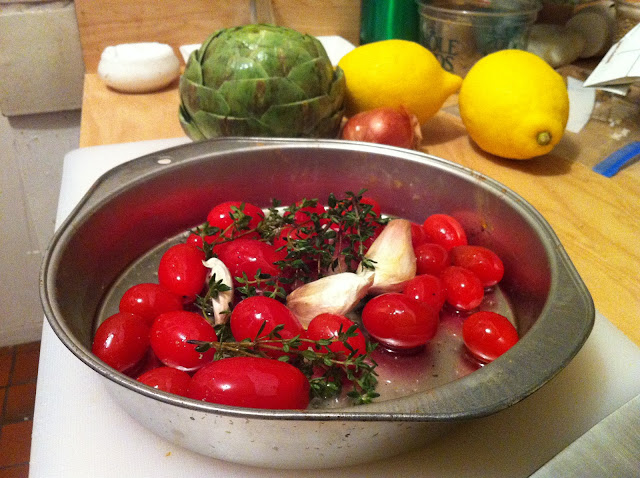 Sometimes, the tastiest dinners are the simplest. For this meal, I wanted to make a very flavorful dish with very few ingredients. I decided on making monkfish with artichoke and roasted tomato and endive salad. 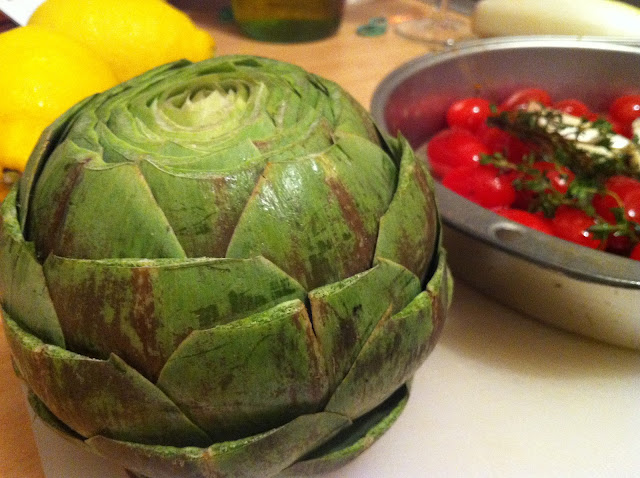 I started by trimming the artichoke. The ends of artichoke leaves are spiky, so when you cook one, you want to trim the top of the choke and the tips of the leaves and cut off the stem to the base. Once the artichoke was properly trimmed, I put it in boiling water for about 45 minutes. I checked that it was done by piercing the base with a fork, and then cut it in half to split it between me and my girlfriend. 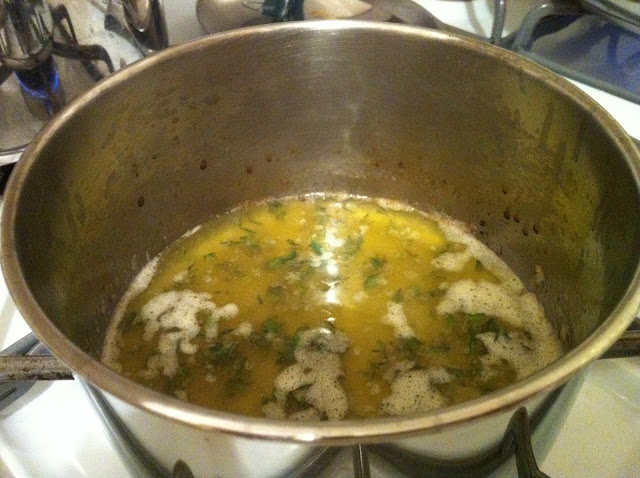 For the dipping sauce, I made some lemon and thyme butter. I pulled about a tablespoon of thyme leaves off of the stem, melted some butter and olive oil in a saucepan, and added half a lemon, the thyme, and some salt and pepper. 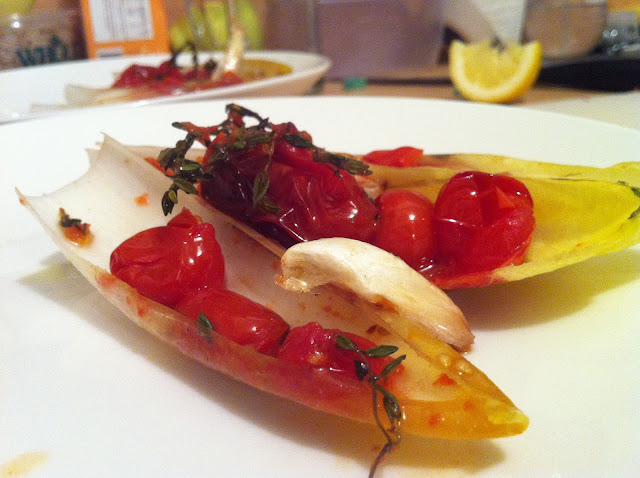 For the tomato and endive salad, I coated cherry tomatoes with olive oil, salt and pepper, and baked them for 45 minutes with garlic cloves and thyme sprigs. Once they were done, I tossed them with some fresh endive leaves so that they wilted a bit from the heat of the tomatoes. 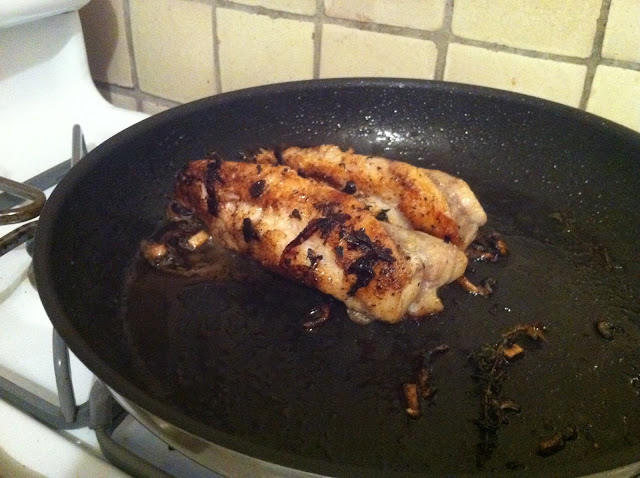 For the fish, I sauteed a shallot and some thyme in a large frying pan. I rubbed the fish with some salt and pepper and cooked it in the pan until it was golden on the outside and firm to the touch. Monkfish is an interesting fish in that it tastes like and has the consistency of lobster. When cooking it, you want to make sure it's cooked all the way through as it's not a fish you want to eat medium rare. 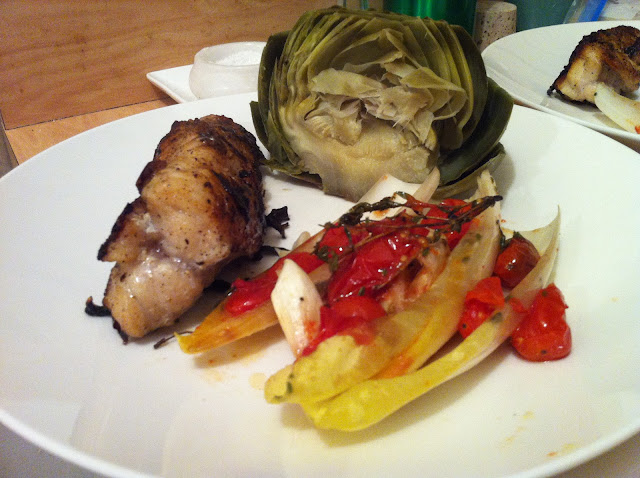 The meal turned out really well. It took no more than 50 minutes to make and only took about 8 ingredients total. The fish was cooked perfectly and had a rich flavor with the shallots. The artichoke was delicious, and the bitterness of the endive balanced well with the warm flavor of the tomatoes and garlic.
Posted by Ty's Kitchen at 10:46 PM