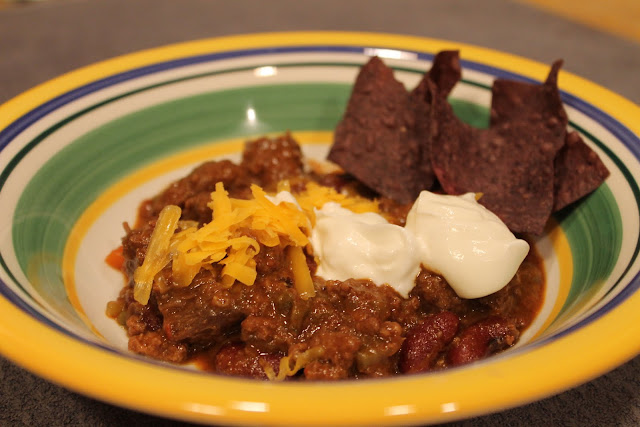 As New York awaited the arrival of Hurricane Irene, weary and anxious for the unknown fury of mother nature, I made chili. I had competed in a chili competition in the Spring, and figured a day stuck inside will all stores closed would be an excellent opportunity to tweak my recipe a bit. 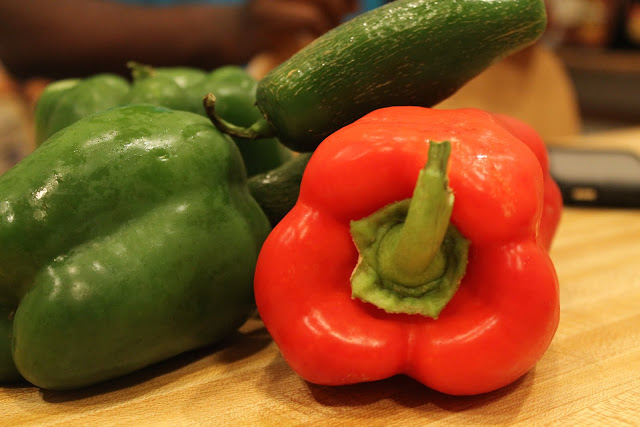 I started with a standard set of chili veggies: carrot, celery, onion, red and green peppers, and garlic. I chopped all of these up to prep for the chili. For the heat, I wanted to give habanero peppers a try, but unfortunately, Whole Foods didn't have any, so I went with jalapenos. 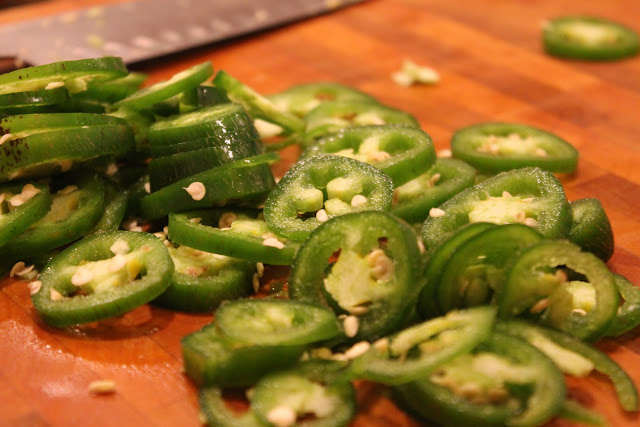 The trouble with my last chili was that it lacked heat. I generally don't feel that chili is very good when it's too spicy, but you definitely want a solid kick to the stew. I used 4 jalapenos with the seeds to give the chili a good kick. 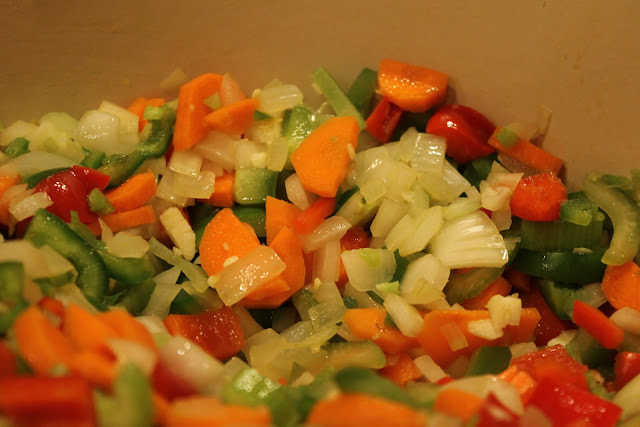 Once I chopped up all the veggies, I sauteed them in a heavy bottom pot on medium heat. While my vegetables work cooking, I went to work on the meat. For this chili, I bought 3 lbs of 80% ground beef. I also bought 2 lbs of brisket. I always like variance in meat texture in chili. Having the ground beef and the brisket chunks makes the dish more interesting to eat and gives it a heartier feel. 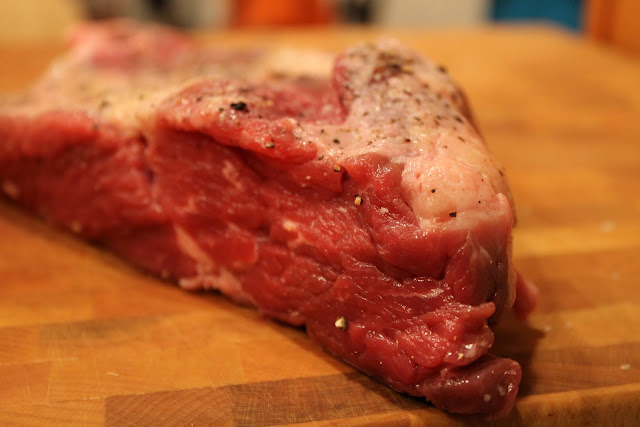 I cut the brisket into one inch cubes and put some salt and pepper over all of the meat. Once the veggies were slightly browned, I removed them from the pot and put in the meat to brown. I upped the heat a bit so the meat would brown quicker and not cook all the way through. Once the meat was browned, I added the vegetables back in along with a can of whole peeled tomatoes that I shredded by hand. 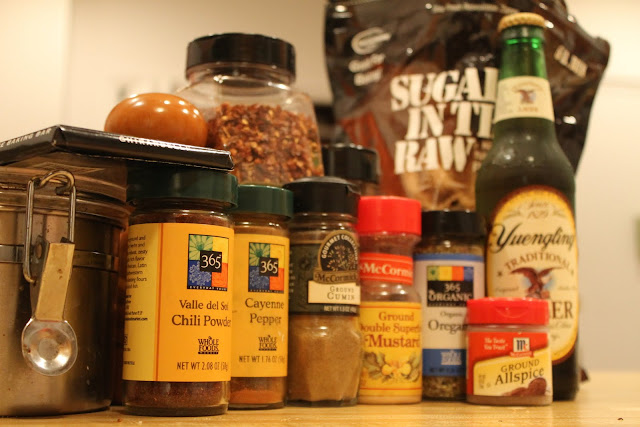 For the spice mixture, I used cayenne, cumin, chili powder, ground mustard, raw sugar, allspice, paprika, oregano, and crushed red pepper. I eyeballed the amounts, using a healthy amount of chili powder, paprika, cumin, and cayenne. I used about half the amount of those spices for the mustard, allspice, oregano, and crushed red pepper. I also mixed in a bottle of Yuengling beer. I always use a light beer in chili as you don't want the flavor to overpower. 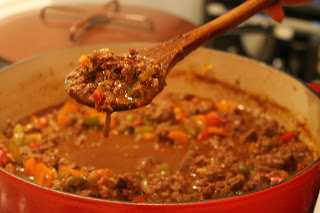 I stirred all of the spices in, and let the chili sit for about 2 and a half hours. After that was up, I added 2 cans of kidney beans, brown sugar, and a square of 100% dark chocolate and let it sit for another 30-40 minutes. 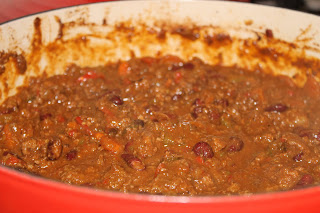 The chili turned out really well. It had a very nice kick, but was sweet enough and not too bitter. We ate it and watched the hurricane go by with minimal damage to my neighborhood.