My Return to Ty's Kitchen! Shrimp, Scallop, and Leek Chowder 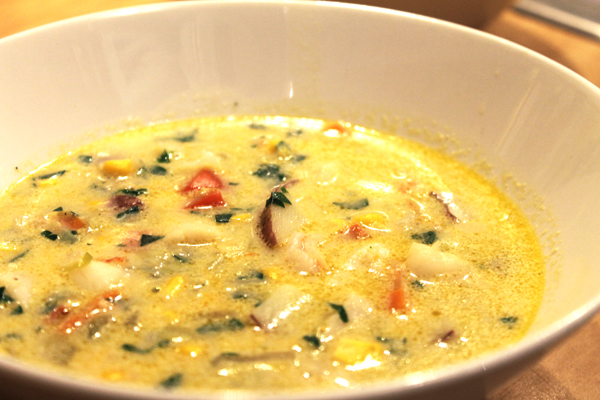 I'm back! After a far too long hiatus and a less than inspired year at Ty's Kitchen, I've returned to make the blog better than ever. New recipes, ideas and hopefully a lot more interaction with YOU, my readers! To kick off the year, I wanted to share a delicious and easy recipe for a seafood chowder that would be good any time of the year. I had frozen some scallops and shrimp from Cape May that I picked up a couple months back and was looking for a fun way to use them. I decided on making a scallop, shrimp and leek chowder that would remind me of summer in the cold months and also provide a rich and warming dish for a cold winter's night. 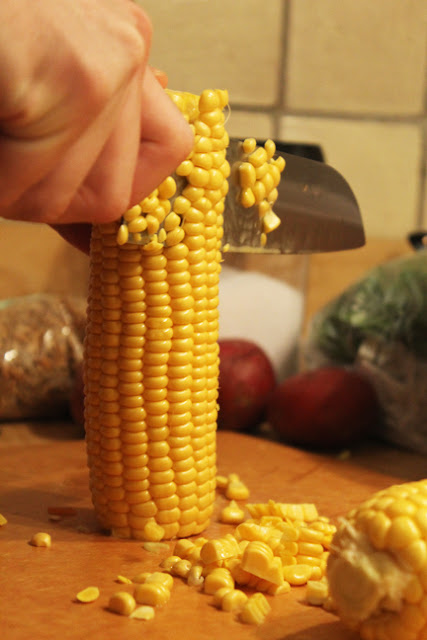 I'm always a fan of adding corn to any chowder to give some sweetness and thicken up the soup with the starch from the kernels, and when shopping for the dish, I found some decent looking ears, so the dish was off to a good start before I even hit the kitchen. To go along with the corn and the other chowder staples of potatoes, carrots, celery, and red pepper, I picked up some leeks to add a nice twist instead of just using onion. 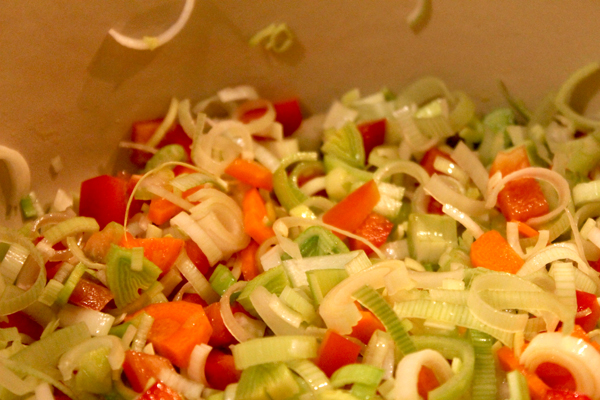 Once I gathered all of the veggies needed for the soup, I picked up some seafood stock and headed home. I chopped the leek, carrot, pepper, celery and a little garlic and sauteed them in olive oil until translucent. I then added some flour and a little more oil to make a light roux for the base of the soup. I added the seafood stock, some bay leaves, the potatoes and the corn and let it simmer for about 30 minutes. I then added the chopped shrimp and scallops and about a half cup of half and half and simmered for another 10 minutes. I topped the soup with a little parsley and served. The result was a creamy, delicious seafood soup that was rich in flavor from the shrimp and scallops, while still having a brightness from the vegetables. A truly delicious soup that's good in any season. 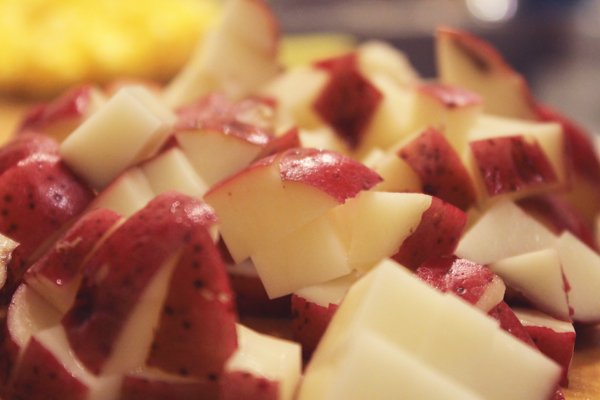 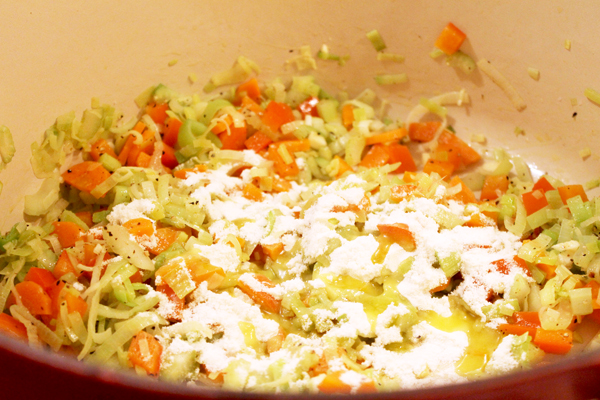 i was craving a good chowder but could not find a proper recipe for me to try. this one seems just the thing for me to munch on

I love this post is amazing and interesting also is important for me good job.

Great Information sharing .. I am very happy to read this article .. thanks for giving us go through info.Fantastic nice. I appreciate this post. Visit best site in here picbear