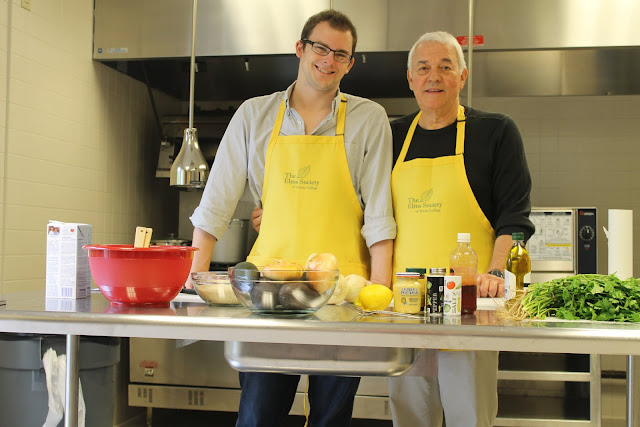 This past weekend, my father went back to Trinity College to celebrate his 50th Reunion. Prior to the weekend, the alumni coordinator had inquired if he had any interest in giving a lecture or teaching a class about something he is passionate about. He enjoys cooking as much as I do, so he proposed a cooking class. Being that both of us went to Trinity, the class was a perfect opportunity for a father/son cooking combo. 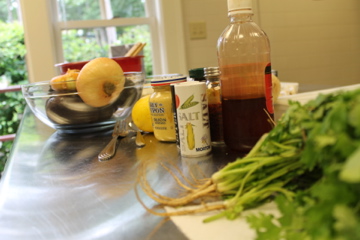 The dish he decided to cook was a Mediterranean fish stew with an avocado and onion salad. He first learned of the stew when my sister ate it in Israel with rave reviews. He figured out how to make it using cod in place of a typically Mediterranean fish like Sea Bream. 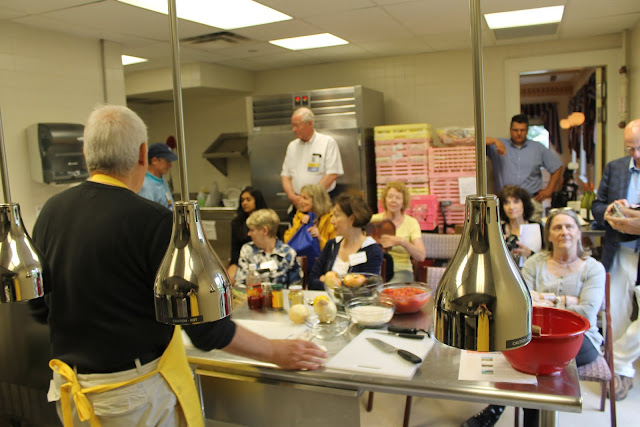 Once we setup the kitchen for the class and the audience arrived, we began cooking the meal, talking our way through the dish step by step. To begin, we boiled water and made white rice to serve the stew over. While the rice was cooking, we chopped up 2 yellow onion and 8 cloves of garlic. We began the stew by sauteing onions with a little salt and pepper in a large pot. Once the onions were translucent, we added garlic, a teaspoon of saffron, and some crushed red pepper. Once the garlic was cooked through, we added 2 cans of whole peeled tomatoes (breaking them up with a spoon in the pot), and 2 containers of Kitchen Basics fish stock, and let it cook for about 15 minutes. 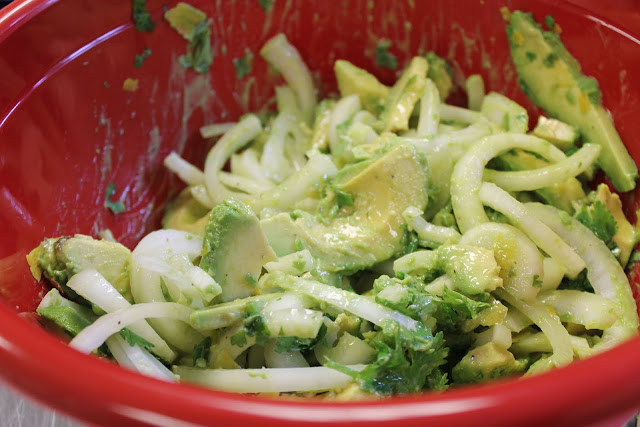 While the stew was cooking, we made our avocado and onion salad. We sliced up 6 avocados and 2 sweet vidalia onions, and then made a simple dijon vinaigrette using lemon juice, red wine vinegar, dijon, salt, and olive oil. We tossed the salad with the dressing and set aside. 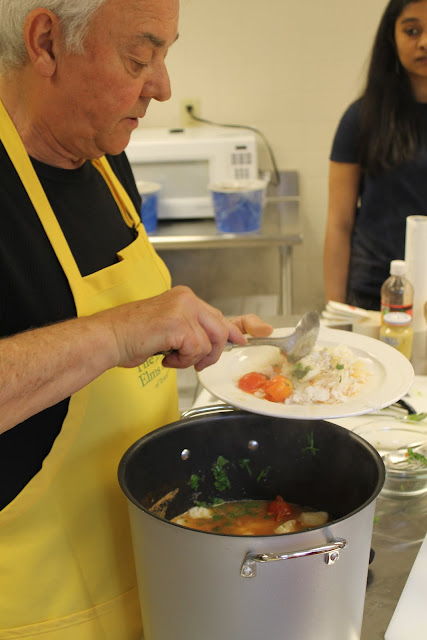 Once the stew had cooked for a bit to expand the flavors, we added the cod (6lbs for 15 people), which we had cut into 2x2 pieces, and some chopped cilantro. The fish was cooked through in about 12 minutes, and we served the stew over the white rice alongside the salad. 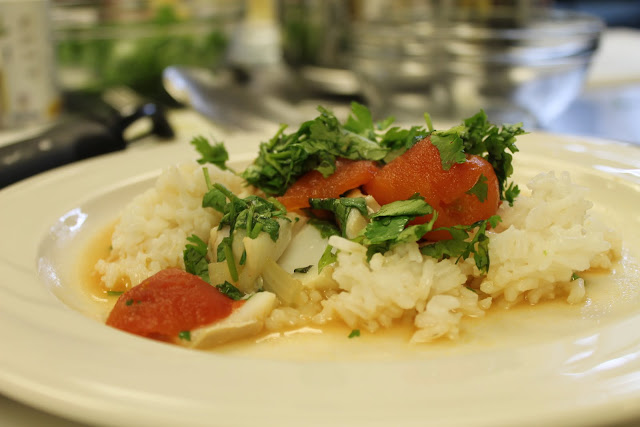 The class went really well. The audience was very engaged and asked a lot of good questions, and they were impressed with the ease and efficiency of making the dish. My dad and I had a great time teaching, and we're hoping to do it again at another Trinity alumni event.
Posted by Ty's Kitchen at 8:48 AM