A visitor, a pregnancy, and halibut 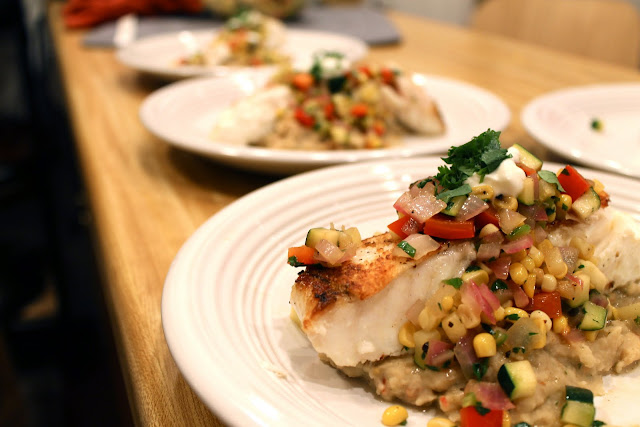 My sister was in NYC for the weekend, so we wanted to have a really good Sunday dinner. She lives in Colorado and is pregnant, so seeing her in the city was cause for celebration. I decided to buy some halibut. It's a really mild white fish that has a nice meatiness that other fish like cod lack. To go with the fish, I wanted to make contrasting sides. I decided on a white bean puree with chorizo for a warm flavor and a corn and zucchini salsa for a bright and sharp flavor. 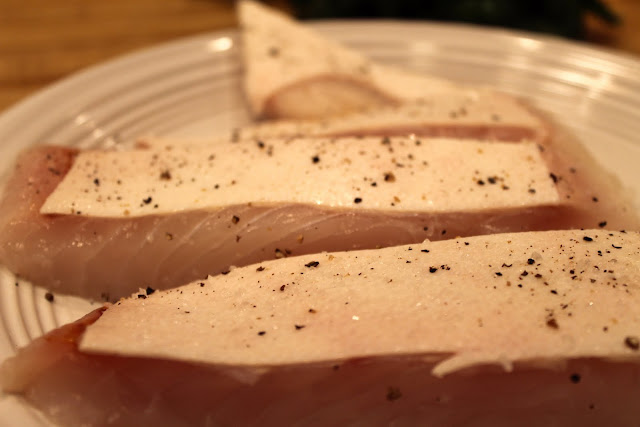 I cut the fish into even pieces for me, my sister, and my girlfriend and rubbed salt and pepper on it. I then removed the hot Italian sausage from the casing and browned it in a saucepan. Once the meat was brown, I removed it from the pan and added some chopped garlic and chopped sage. Once the garlic began to brown, I poured in 2 cans of cannellini beans which I had opened and drained. I let that cook until the beans began to break up and used a hand blender to puree the mixture. Once the beans were smooth, I added the sausage back in and let the puree sit on low. 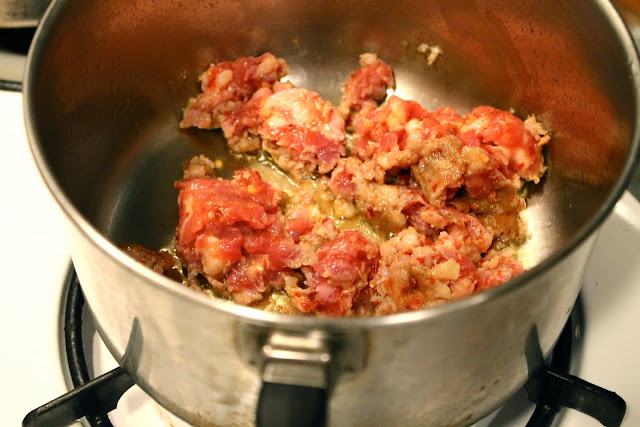 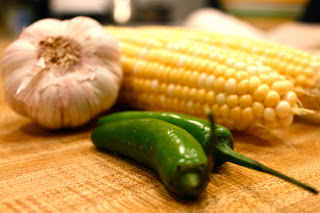 I then chopped up the zucchini, red pepper, red onion, garlic, jalapeno, and removed the kernels from the corn. I tossed all of this in olive oil, salt, and pepper and sauteed it in my hot cast iron pan until lightly cooked through but still crisp. I put lemon juice and chopped cilantro over the salsa and set aside. 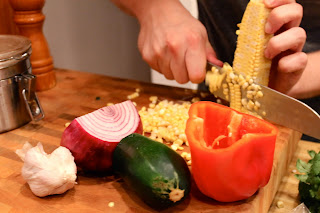 I tossed the veggies in olive oil, salt, and pepper and sauteed it in my hot cast iron pan until lightly cooked through but still crisp. I put lemon juice and chopped cilantro over the salsa and set aside. 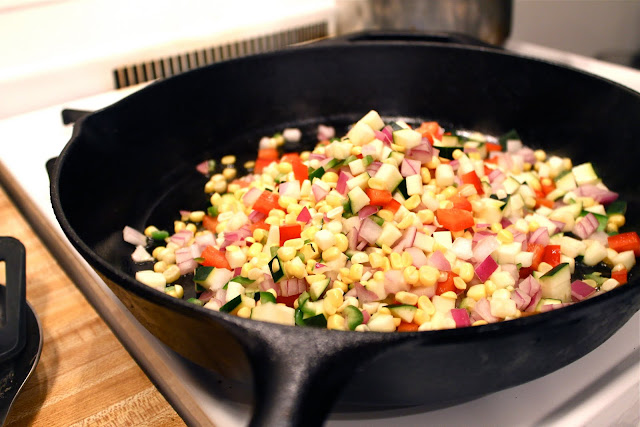 Once the 2 sides were done, I seared the fish skin side first in the cast iron, cooking it for about 6-7 minuted aside until the flesh came apart easily. Once the fish was cooked, I put the bean puree on the plate, the fish on that, and then spooned the salsa on top. I added a little dollop of quark cheese on top with some cilantro and served. 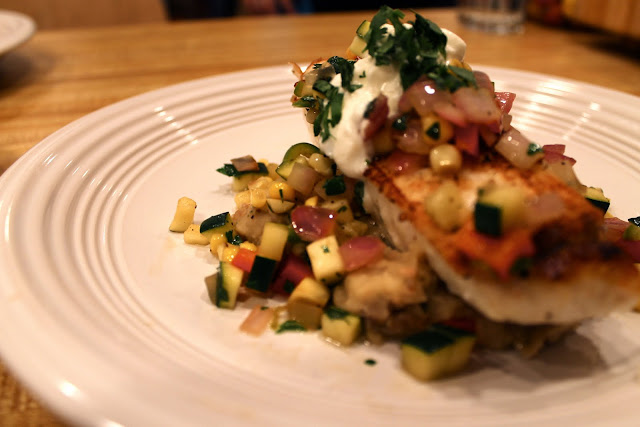 The dish was superb. The warm puree and crisp, bright salsa worked perfectly with the fish, and the quark added a nice tangy flavor. We toasted water and celebrated a really great night in the city together.

*Disclaimer - I was just told by my sister that Halibut is actually a fish with a high mercury content, so it is not recommended for pregnant women. Now I know...
Posted by Ty's Kitchen at 9:48 PM