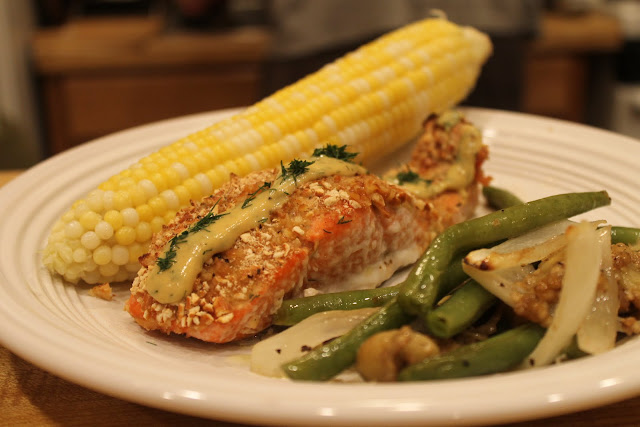 Earlier this summer, my roommate was in Alaska, visiting his sister. While he was there, he went salmon fishing and caught 6 salmon! He had the fish filleted and frozen and sent home to NYC. I am fortunate enough that he is very generous and offered up some of the fish for me to use. The salmon was a beautiful red color. Much darker than any fish you would buy in the supermarket. 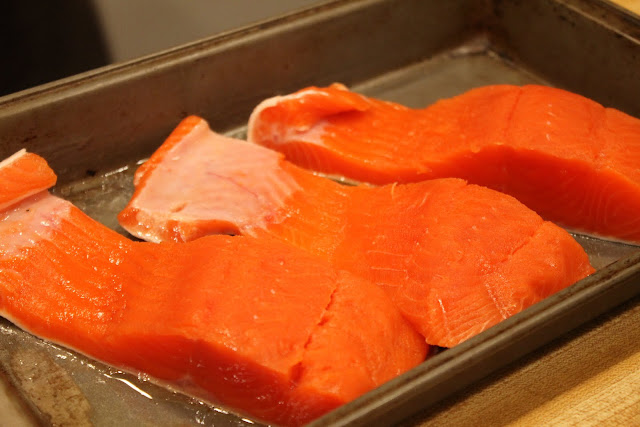 When I was thinking about how to prepare the fish, I wanted to make a mustard-dill sauce. Mustard goes really well with salmon. it has a nice bite, and the flavor of the dill brings out the flavor of the fish. To make the sauce, I mixed Dijon, dill, honey, and lemon. 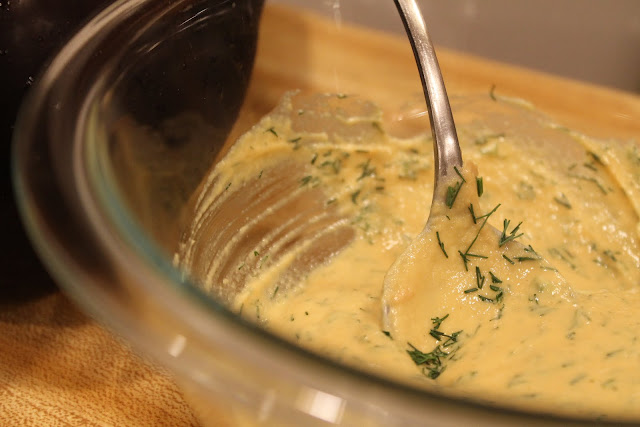 To give the dish a twist, I decided to give the salmon a pretzel crust. Pretzels go very well with mustard, so I figured it would bring the dish full circle. I ground up the pretzels in a small food processor and set them aside to crust the salmon. 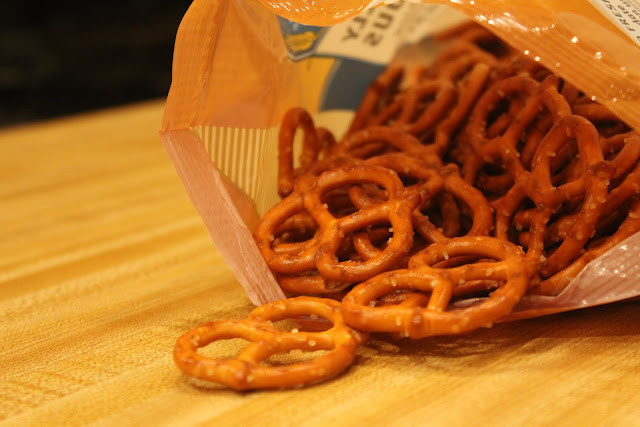 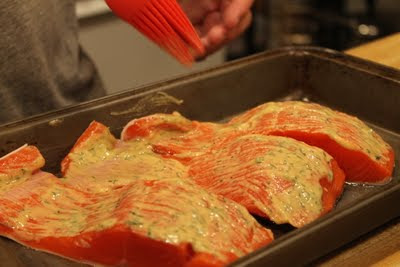 I brushed the salmon with mustard sauce to give the pretzels something to stick to. 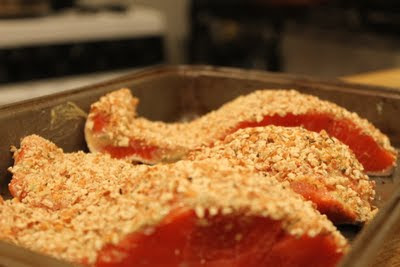 I then coated the mustard covered salmon with the ground pretzels and put the fish in the oven at 375 for about 20 minutes until the meat flaked. 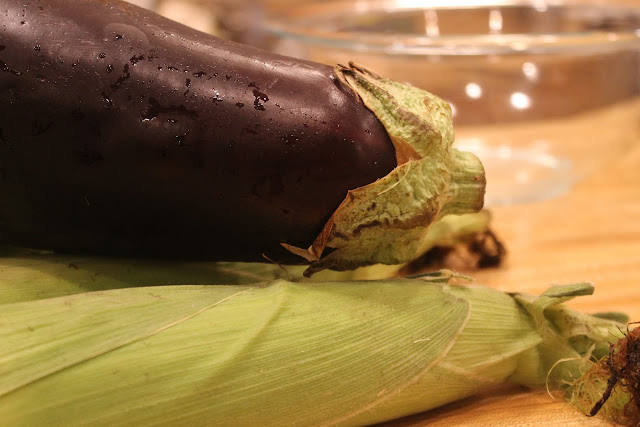 As a side for the fish, I made farm fresh, summer corn and some sauteed green beans and eggplant. 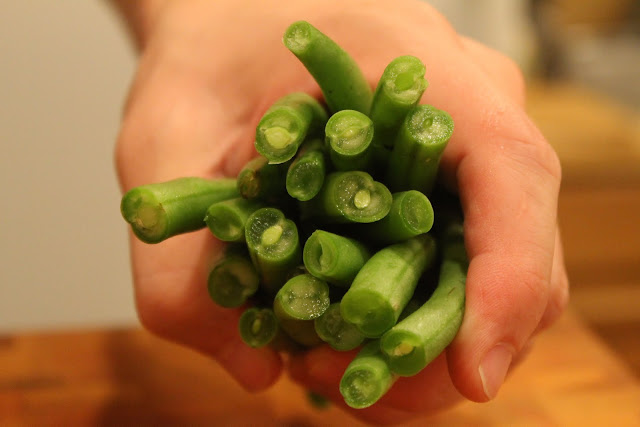 For the vegetables, I cut the ends off the green beans, sliced the eggplant into thin strips, and sliced onion into thin strips as well so they were all uniform. I then coated them in olive oil, salt and pepper and put them in the oven with the fish for about 25 minutes. I steamed the corn for about 8 minutes until the kernels were bright yellow. 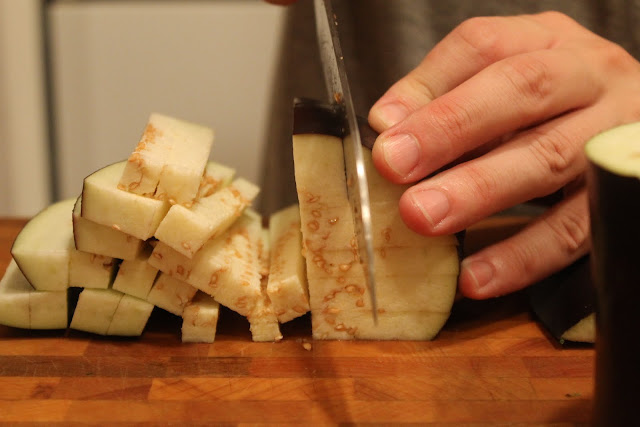 The dish turned out really well. The salmon, mustard sauce and pretzels went really well together. The fish was delicious and we could tell that it was freshly caught. The pretzels gave the fish a nice saltiness, and the mustard sauce had a nice bite. The veggies and corn were a nice simple side to go with the fresh fish. They weren't too elaborate, but they captured the flavors of summer. 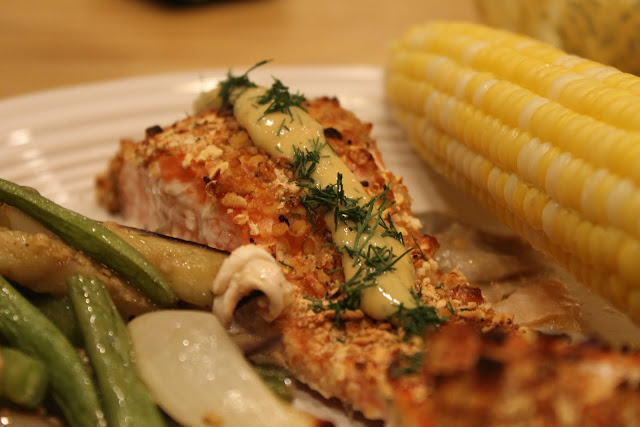