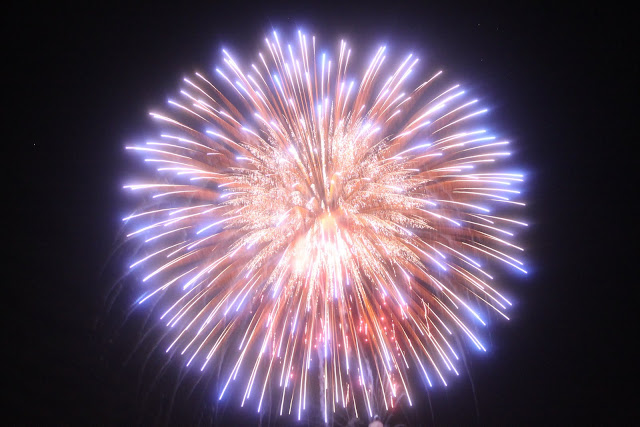 Every summer on Martha's Vineyard, the fire department puts on a spectacular fireworks show in August. People from all over the island, tourists and locals, all gather on the big lawn in Oak Bluffs with beach chairs, blankets, and picnics, and wait for the sky to get dark and the fireworks to begin. I hadn't been to the fireworks in a number of years, so this year, while my girlfriend and I went to visit my parents for the weekend on MV, we decided to attend. A summer tradition deserves a delicious summer meal, so I wanted to a make a fried chicken and slaw dinner to be eaten in beach chairs. 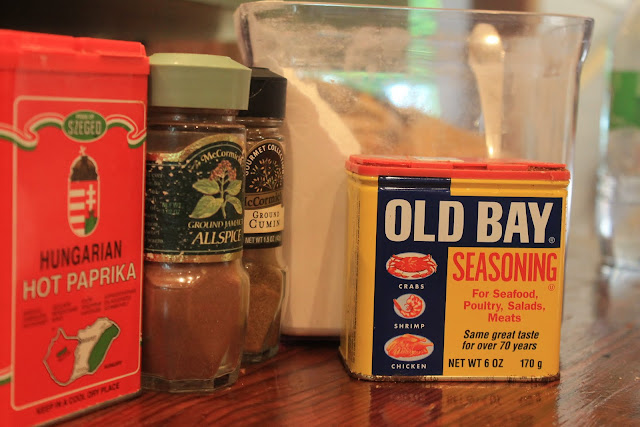 To start the fried chicken, my dad and I picked up the groceries in the morning so the chicken had plenty of time to marinate. For the marinade, I mixed buttermilk, chile powder, ground cumin, paprika, allspice, and old bay. I rubbed the chicken with salt and pepper and covered it with the buttermilk mixture. 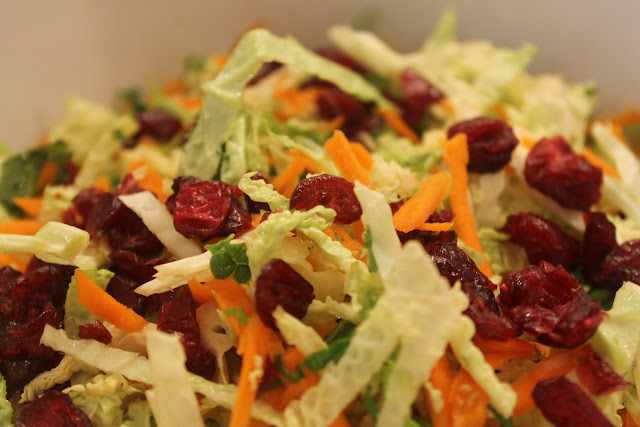 For the slaw, I drew inspiration from the Jersey slaw my girlfriend and I have on hotdogs from Tommy's in Cape May. It's a simple slaw with cabbage, carrots, and craisins. It's really tasty and reminds us of summertime. 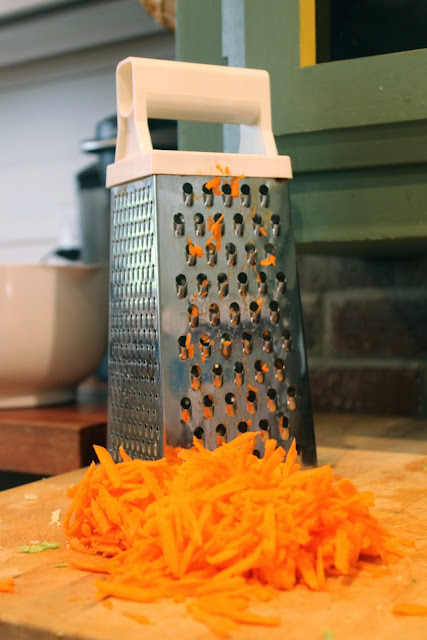 To make it, I chopped up some napa cabbage very finely, and shredded 2 carrots with a grater. I then chopped up some cilantro for added flavor, and topped it all with the craisins. 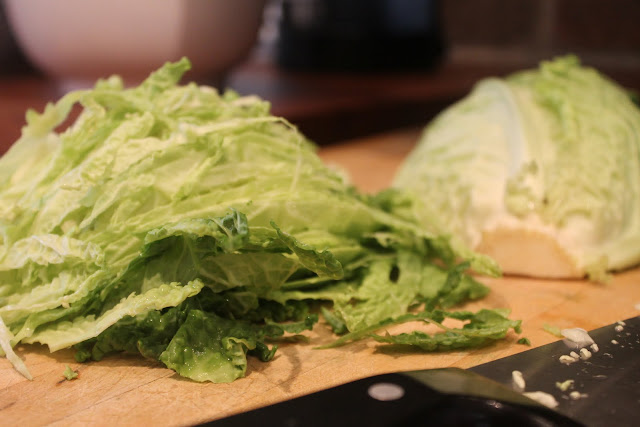 For the dressing, I mixed lime, red wine vinegar, honey and salt. I stirred that until the honey dissolved, and then coated the slaw mixture with it until it was mixed through. 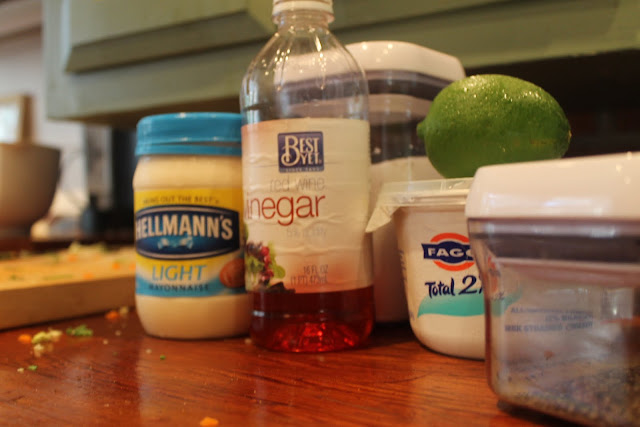 I then added a dollop of Greek yogurt and a dollop of mayonnaise and mixed through. I added a little more mayo to the desired wetness and put the slaw in the fridge until we were ready to head to the fireworks. 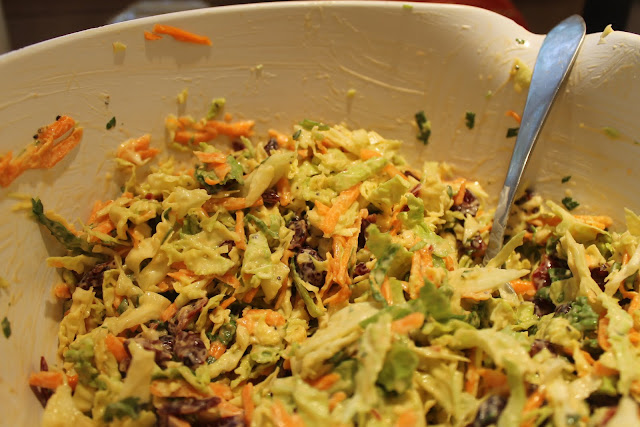 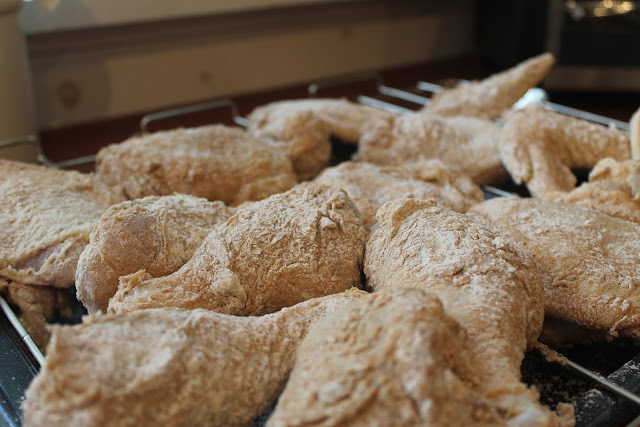 I heated canola oil in a wok at medium high to high heat. I placed a little bit of chicken skin in to test the oil, and when it was sizzling and bubbling in the oil, I began frying the chicken in batches. I cooked it in the oil for about 8 minutes a side until it was browned on both sides. I then put the golden fried chicken on a pan lined with paper towel to cool and crisp. 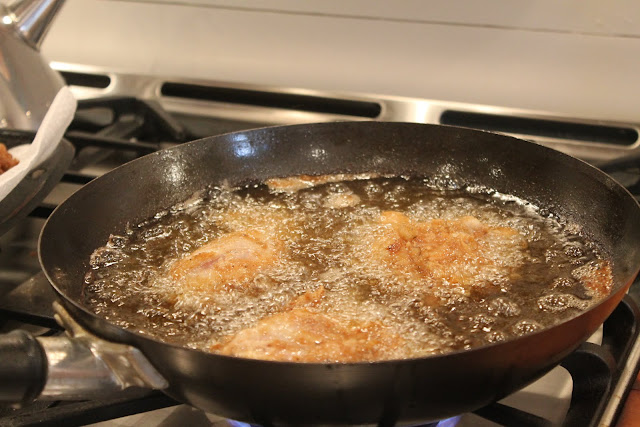 The chicken turned out great. It kept it's crisp shell even when we were eating it room temperature at the fireworks. The skin was salty and we could taste the undertones of allspice and cumin. The slaw made for a great palate cleanser along with the salty chicken. Once we were done eating, we sat back and enjoyed a magnificent fireworks display for a truly special summer night 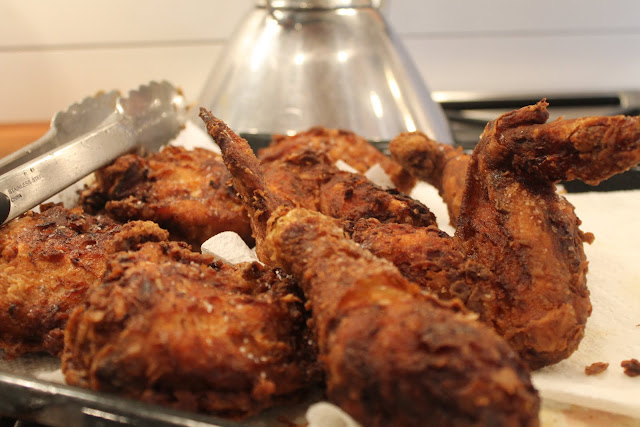