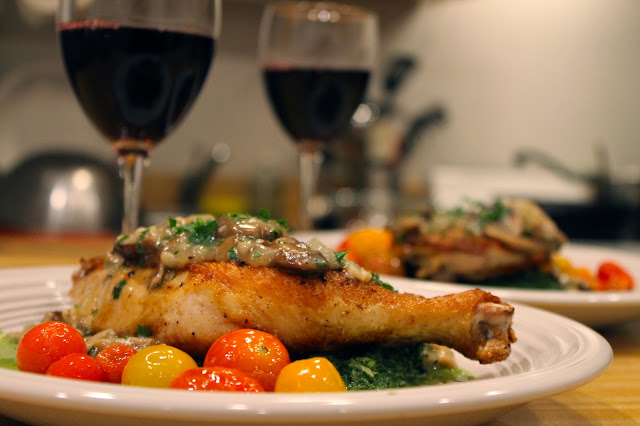 Mixing and matching textures in a dish can bring the quality and experience of eating up to a new level. Chicken is a really great meat to play around with textures. The skin lends itself to crisping so well, and when done right, the skin can be a crispy compliment to the textures around it, both the sides of a dish and the meat itself. 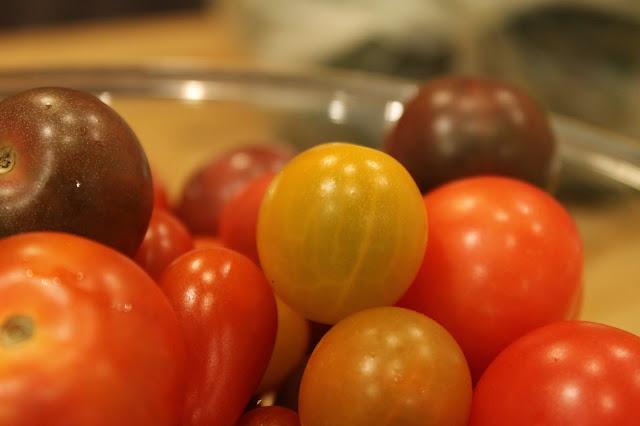 For this meal, I wanted to make some really crisp chicken legs that would work well with the textures around it. I decided to use 3 of my favorite ingredients, tomatoes, kale, and mushrooms to surround the crispy chicken legs with rich flavors and creamy textures. I bought some gorgeous multi-colored grape tomatoes, coated them in olive oil, salt, and pepper, and broiled them for about 7 minutes until they were ready to pop and slightly browned. 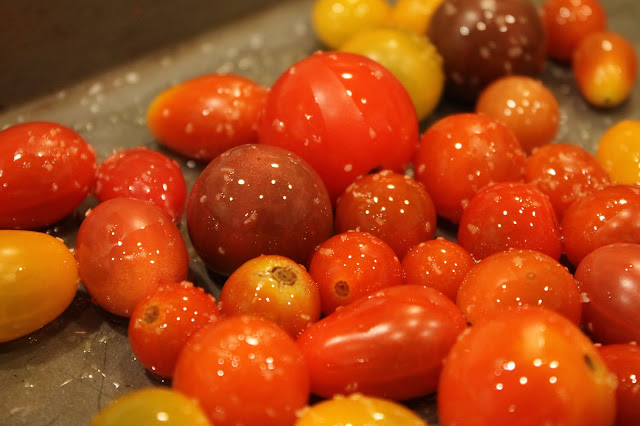 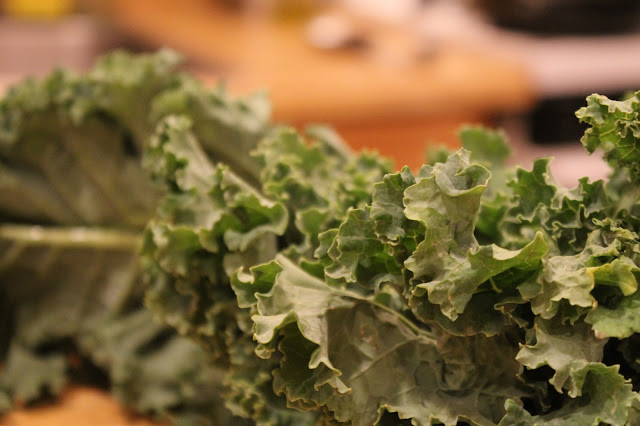 For the kale, I wanted to make a creamy kale puree. I cut the leaves from the stems, steamed them and some garlic cloves in chicken broth, and once they were fully wilted, I added some whole milk, salt, and pepper. I let that cook down a bit and then used my hand blender to puree the kale. Once it was finely pureed, I added some shredded Parmesan cheese and let it simmer. The creamy kale was delicious, but the liquid in it ended up being a little too thin. The next time I make this, I'll use some heavy cream... so much for trying to be a bit healthier. 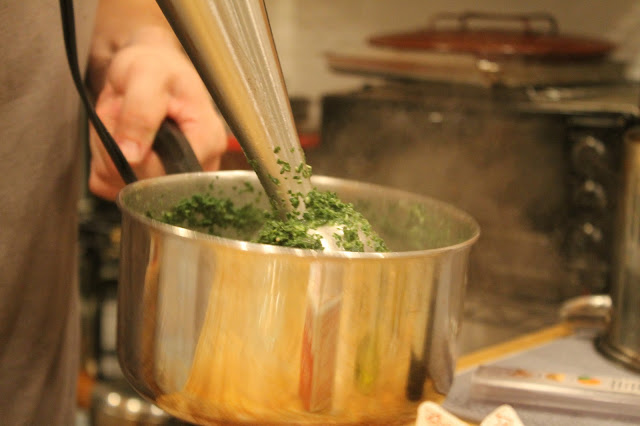 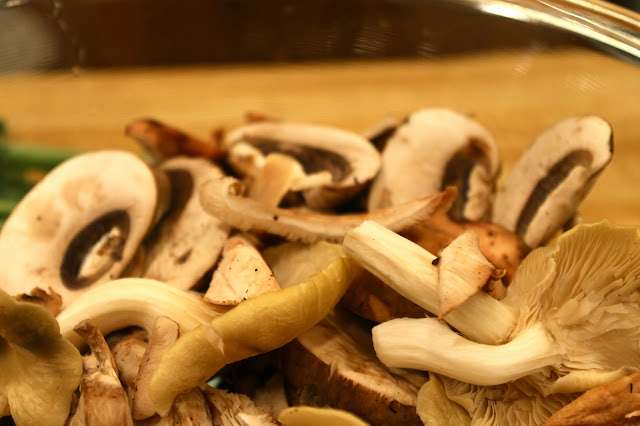 For the mushroom sauce, I diced an onion, 3 garlic cloves, and bought a sliced, mixed mushroom pack with white, crimini, and shitake mushrooms. I sauteed the onion, garlic, and mushrooms in some olive oil until they were starting to brown and then added some dry white wine, salt, pepper, and a spoonful of flour to thicken the sauce (it the sauce gets too thick, just add more wine or some water to thin it). Once the sauce had thickened a bit, I added some chopped parsley. 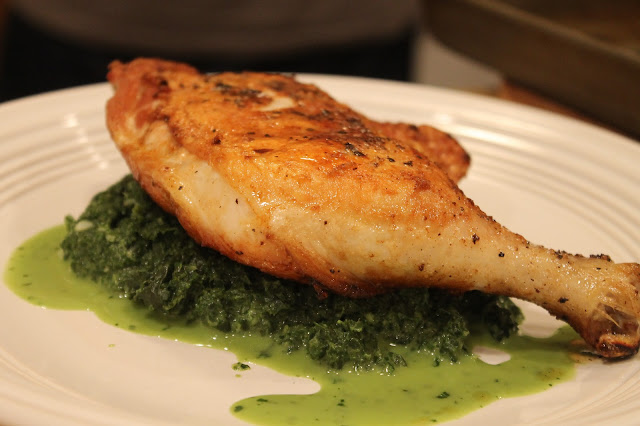 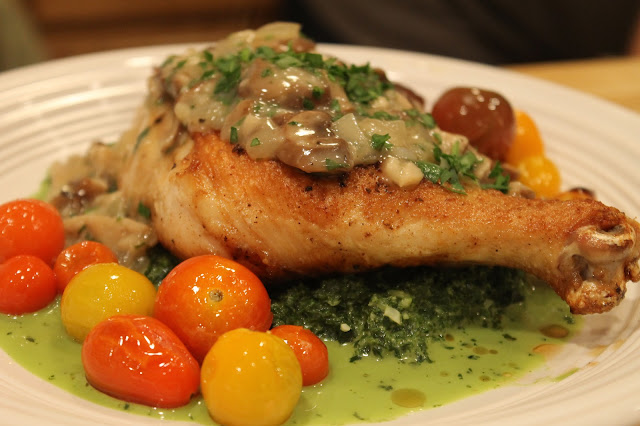 I plated the dish by putting the creamy kale on the plate, the chicken on that, and the a couple spoonfuls of the mushroom sauce on that. I scattered the tomatoes around the plate for color and flavor. The result was magnificent. The chicken was cooked perfectly, and the sauce worked really well as a compliment to the chicken. I kept trying to have every bite contain a little bit of each component on the plate, so I could get all of the flavors at once. The meal was excellent, and the perfect way to enjoy a Saturday evening with my girlfriend (who took amazing photos of the process as usual.)
Posted by Ty's Kitchen at 10:58 PM

Nice job Tyler - I'm a friend of your mom's - I have a blog also - www.glutenfreediva.com. I made your chicken recipe tonight. Simple and delicious!

Thanks Ellen! Glad you liked it! Getting the crispy skin on the chicken really makes brings the dish to the next level.