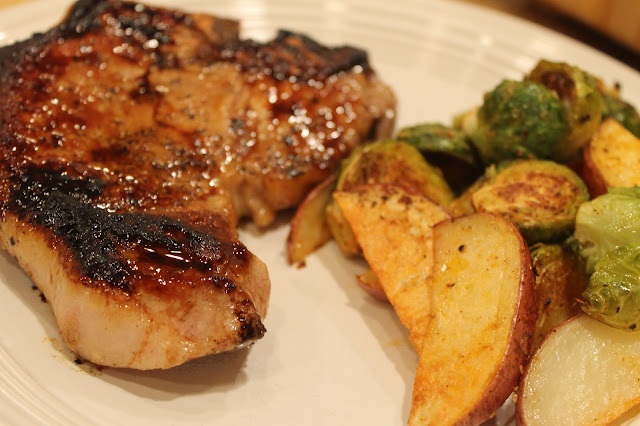 Part of the difficulty in maintaining a food blog is coming up with original ideas for dishes. Some of my favorite ingredients have already been covered on the blog this summer: pork chops, brussel sprouts, and potatoes. The beauty of cooking is that you can take the same ingredients, cook them a different way, and have a totally different meal. 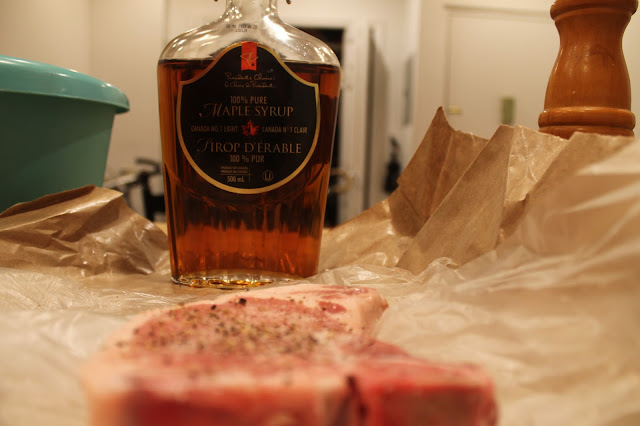 For this iteration of this meal, I made maple glazed pork chops with roasted, cumin spiced brussel sprouts and potatoes. I halves the brussels and cut the red skin potatoes into wedges. I tossed them with olive oil, salt, pepper, cumin, and paprika, and laid them (cut side down) on a metal baking sheet. I cooked them in the over for 30 minutes until the tops began to brown. 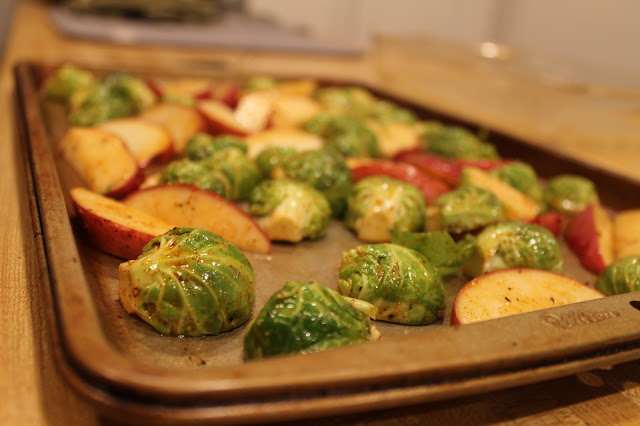 For the pork chop, I rubbed it with salt and pepper and heated up my cast iron pan. I cooked the chop for about 9-10 minutes per side. Once the second side was done cooking, I brushed the chop with maple syrup, flipped it and seared it for about another minute. I brushed the other side, flipped again for a minute and set the chop on a plate to rest and settle. 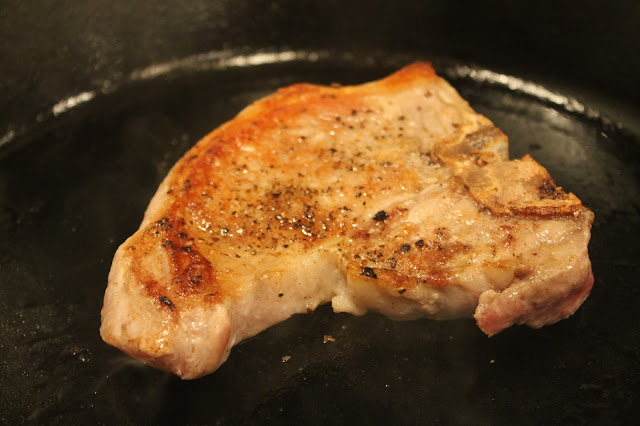 I served the chop alongside the roasted brussel sprouts and potatoes. The flavors were great. The sweetness of the maple syrup complimented the rich, salty flavor of the pork, and the hint of cumin on the roasted veggies really gave the dish an interesting kick. The result was totally different than my previous post featuring the same ingredients, and the dish really showcased the versatility of the many elements of cooking. 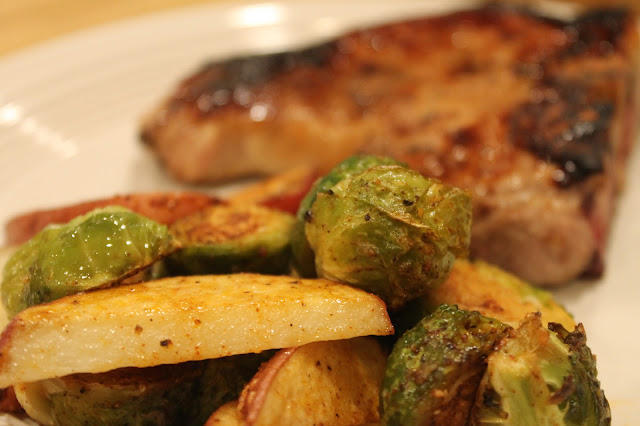