A Breakfast Standard With a Savory Twist 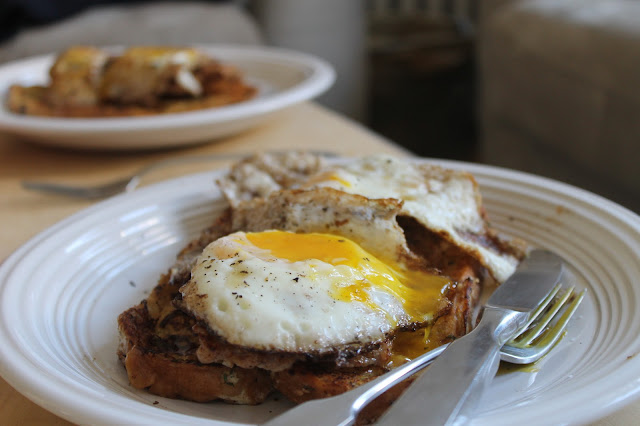 Sometimes you can take standard dishes, tweak them a little bit, and they become something totally different. French Toast is a weekend brunch standard that is normally on the sweet side of things along with pancakes, waffles, and pastries. I'm usually a savory brunch kind of guy, so I decided to take what is normally sweet, and bring it to the other side. 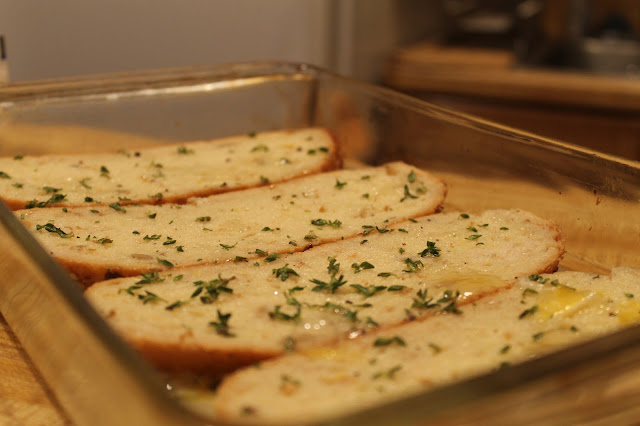 I decided to make a savory french toast with sausage and eggs. This would be like an open faced french toast sandwich. I took 4 slices of whole grain bread and laid them in a baking dish. I then mixed 2 eggs, about half a cup of milk, a tablespoon of fresh thyme, and salt and pepper. I mixed this up until it was smooth and the egg was thin and poured it over the bread. I let the bread sit for about 15 minutes, flipping once so it absorbed the egg mixture. 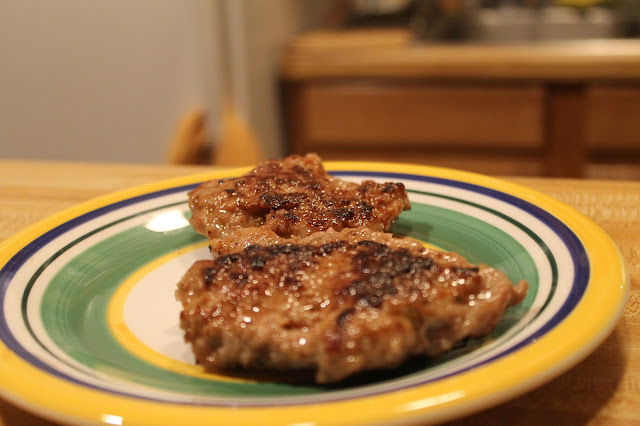 I then took some sweet Italian sausage, squeezed it from the casing, and made 4 thin patties. I cooked these in a pan and set aside. 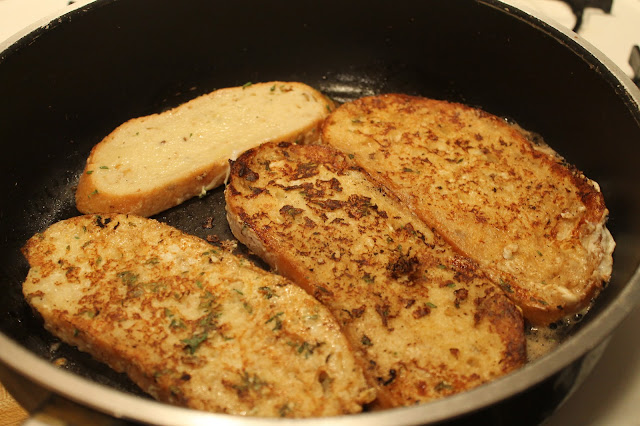 I then cooked the 4 slices of savory french toast in butter until both sides were golden brown, about 4 minutes per side. 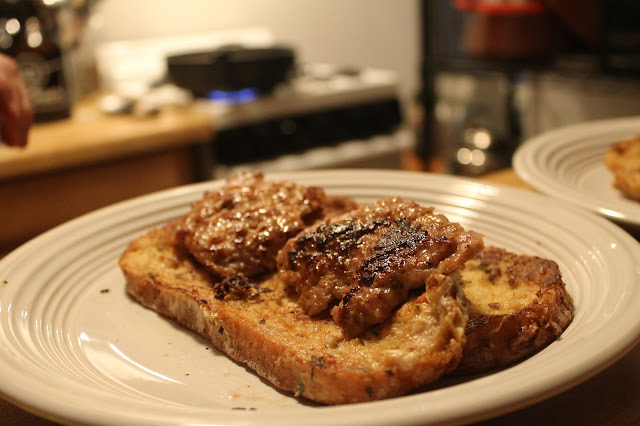 With part one and two of my open faced sandwich done, I laid the sausage on top of the toast, and went to cook my eggs. I made 2 eggs over easy, and kept the yolks runny. Once the eggs were done, I placed them on top of the sausage and drizzled some maple syrup on top for a little sweetness. I figured the maple syrup would help the french toast not feel completely out of place and would give the dish a little variance from everything else that was savory. 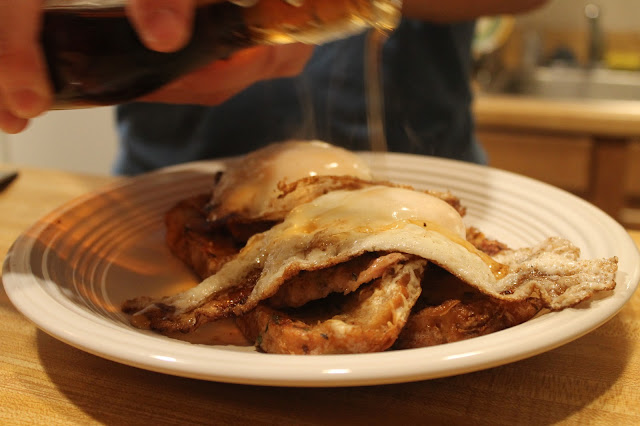 The dish was delicious. The savory french toast was close enough to the usual french toast to be recognizable, but different enough to stand out. The rich meatiness of the sausage went well with the thyme in the toast, and getting a bite with some egg yolk, sausage, toast, and syrup made for the perfect balance of sweet and salty. This was an easy and inventive brunch dish that was truly unexpected.
Posted by Ty's Kitchen at 6:20 PM

mmm...looks fabulous...maybe you'll make it when you come home for Thanksgiving!