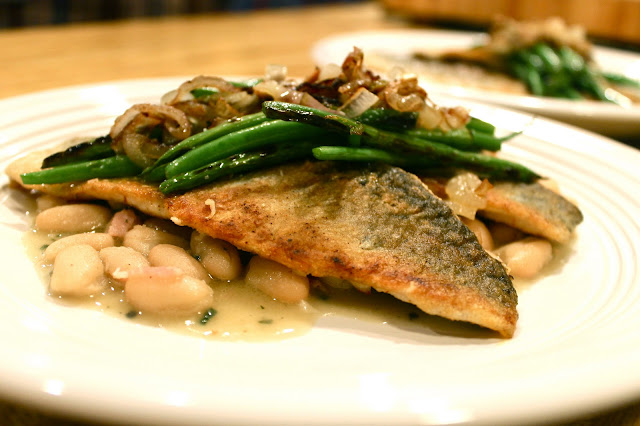 The past week was very busy and I unfortunately didn't have enough time to make dinner for the blog. I hate going a full week without a post, so this past Saturday, I invited a friend over for dinner and planned on making a quick and delicious meal. As I was about to get up from the living room to start cooking, one of my roommates came home with some friends after a boozy brunch. I'm more than happy to have company in the kitchen while I cook, but navigating around a drinking crowd is always a difficult task. The dish I was preparing was some seared trout over cannellini beans with french beans (skinny green beans), and while it's not a labor intensive meal, preparing and photographing around some unexpected visitors proved to be a challenge in itself. 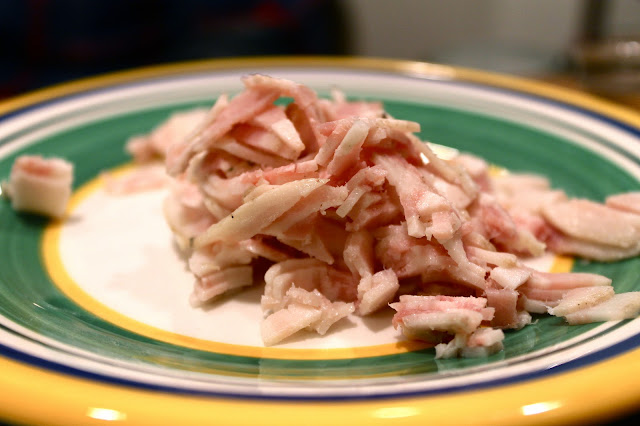 The whole meal takes under 30 minutes to make, and the key to making multiple components to a dish in a short period of time is timing the preparation properly. I started with the cannellini beans. I've made a similar bean dish on a previous post, and I keep coming back because it's versatile, simple, and delicious. I chopped up 2 garlic cloves, 6 sage leaves, and 4 slices of pancetta. I heated up about 2 tablespoons of olive oil in a pan at medium heat, added the garlic, pancetta, and sage, and sauteed until they started to brown. I then poured in a can of cannellini beans (with the liquid) and lowered the heat to low to simmer the beans for 20 minutes. 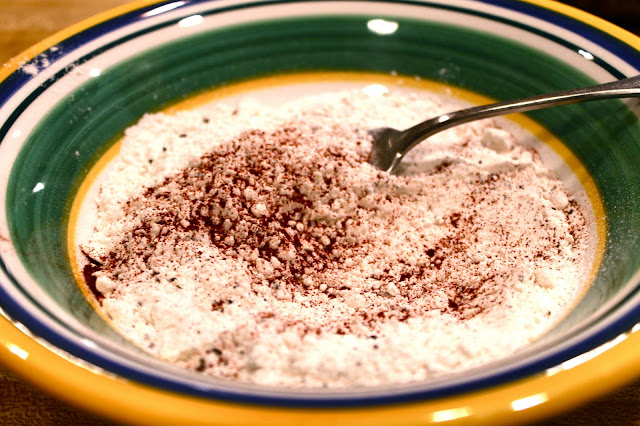 I then started prepping the trout, I mixed flour, salt, pepper, and paprika in a bowl, and dredged (coated) the trout. I then heated my cast iron pan on medium high, added 2 tablespoons of olive oil, and once it was hot, I placed the trout in, skin side down first. 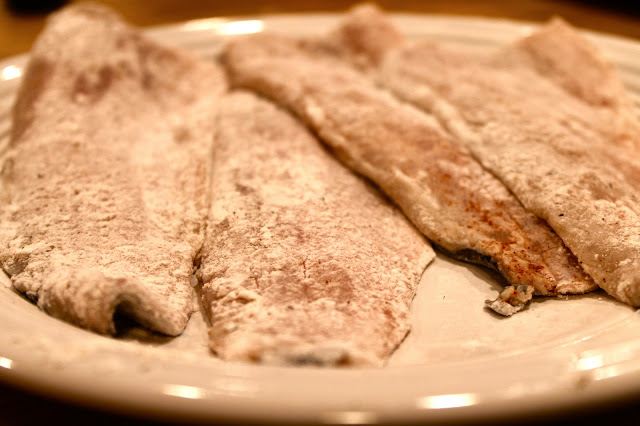 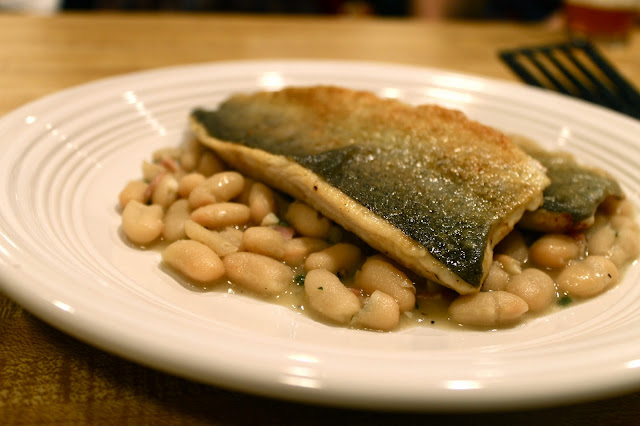 While the trout was cooking, I cut the ends off of the french beans, heated some olive oil in a small pan and sauteed the beans until they started to brown, about 6-7 minutes. 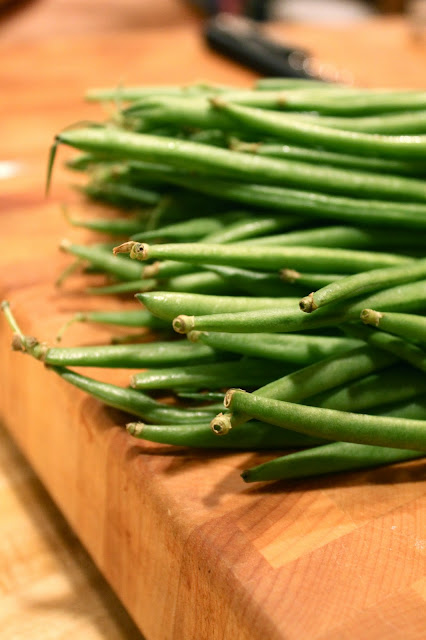 Throughout this whole cooking process, I was navigating around people making drinks, spilling on the counter, leaning on the cutting board etc. The funniest part of the prep was, while I was tending to french beans, I turned around and saw a bite was gone from the cannellini beans. I figured someone was a little hungry, so I let it go. I then went to add the beans to the dish, and another bite was gone! I relayed the importance of keeping the plates intact so I could take pictures, but I guess the audience wasn't exactly at their sharpest. After bite number 2, I was able to complete the dish and take some pics without any more casualties to the plate. The meal ended up being delicious, and while it wasn't the quiet dinner preparation I was expecting, the company was fun. The mild flavor of the trout went really well with the warm salty flavor of the beans, and the french beans added a nice simple crisp flavor to balance the dish. 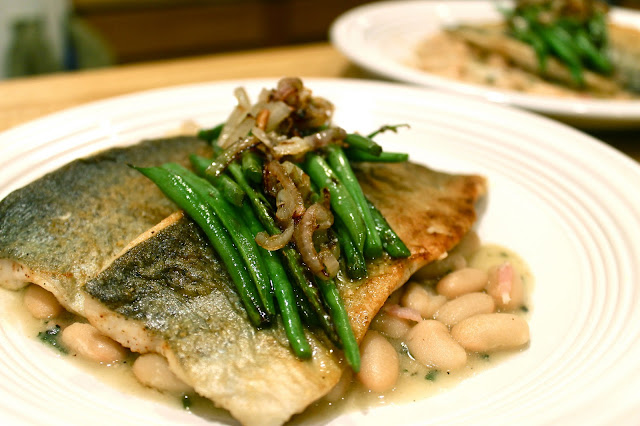 Way to work under pressure! The dish looks delicious and you'll have to make it again soon ;)