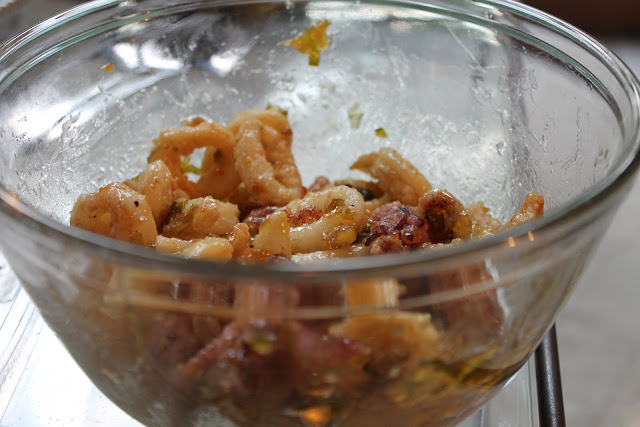 On the second night of our time in MV, I wanted to feature some of the great flavors of the summer. To start, I made some fried calamari as an appetizer. I bought some tubes and bellies, sliced the tubes into rings, and coated them with flour, salt, pepper, and sugar. I heated canola oil, and fried the calamari in batches until they were cooked through and crispy. Calamari can get a little rubbery if overcooked, so I was careful to leave them in long enough to start browning, but not too long so they dried out. While they were frying, I made a honey-soy glaze for an Asian feel. I chopped ginger and scallion and sauteed them in olive oil. I then added mirin (rice vinegar), white soy sauce, and honey and let the mixture cook down to a thick glaze. Once the calamari was done, I tossed it in the glaze and served. Delicious! 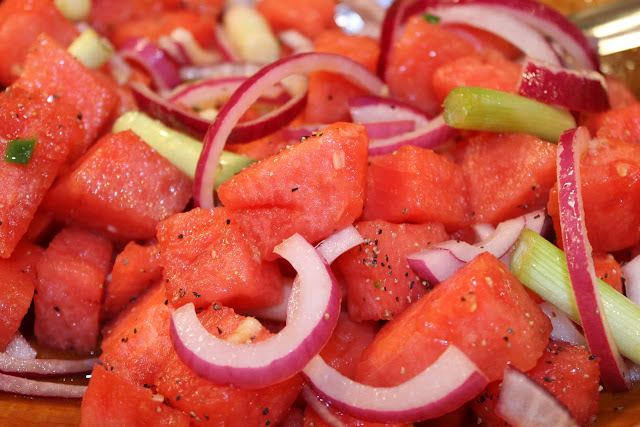 For the main course, I bought some Menemsha fluke, which is an island caught white fish that similar to flounder, but a bit meatier and firmer. I coated the fish with olive oil, salt and pepper, and set aside for grilling. I also made a watermelon salad. For the salad, I cut the watermelon into bite size chunks, and mixed it with red onion and green onion. I made a dressing of white vinegar, jalapeno, ginger, garlic, and olive oil. I coated the salad and tossed it with a generous amount of black pepper for some bite to counter the sweetness of the watermelon. 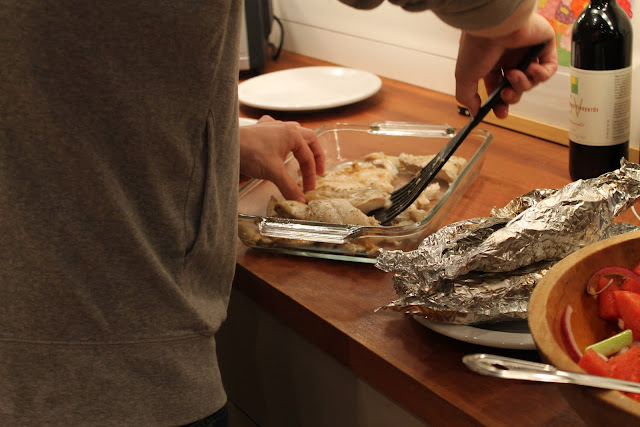 I also grilled some corn. I coated the corn in olive oil, salt, pepper, and a dash of worcestershire sauce and wrapped it in aluminum foil. I grilled it, turning it every 3 minutes to cook evenly. I grilled the fish for about seven minutes. 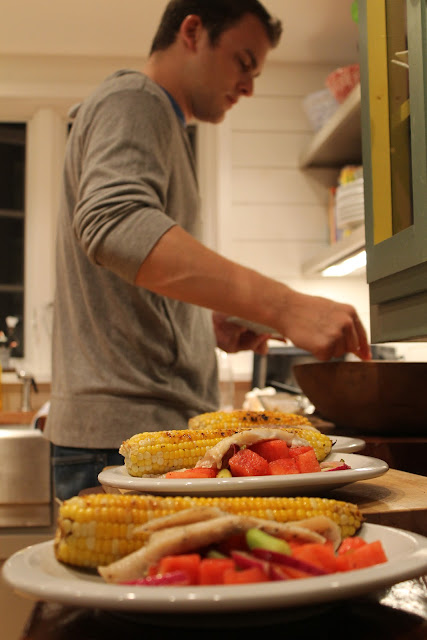 Once I was done with the grill, I served the fish on top of the watermelon salad and alongside the corn. The dish was very bright and flavorful. The simple flavor of the fish worked very well with the sweet and tangy salad, and the corn was a great flavor to go along with the dish. The night was a lot of fun and so was the food. 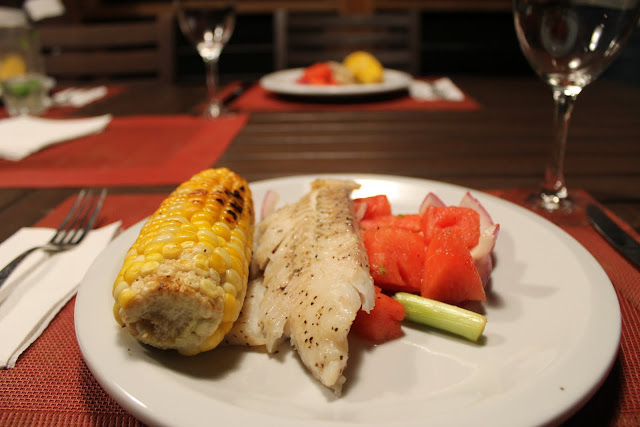 Greetings. This is my first time on your blog, but you have a terrific one. I am always on the look out for great recipe ideas, and you cooking on vacation shots look FANTASTIC!

It is a tool for bloggers to see and to be seen. Your posts would fit in perfectly.

in addition, all photos, recipe titles as well as your blog name would link directly back to your blog. Thus giving you new attention and potentially new readers.

Or, if you just want to take a look at a lot of fellow food bloggers all in one place. A great learning experience to get ideas about how to establish your own blogging voice!


Please take a look. If you have any ideas or questions, please do not hesitate to write