Pork Chops in the Summertime 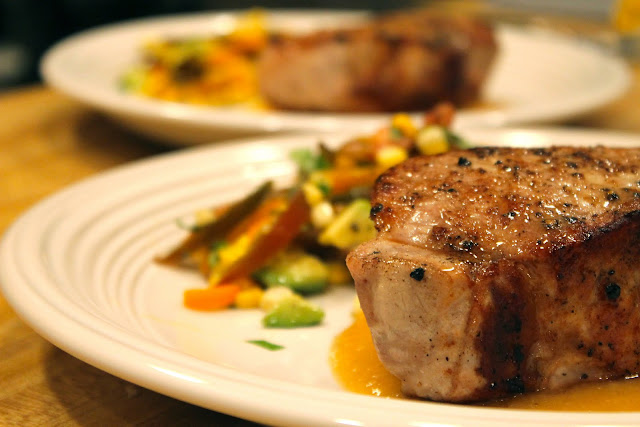 The past few weeks have been insanely hot in NYC. One of the side effects of this heat is the lack of desire to be in my unairconditioned kitchen, standing over a hot stove. This past Sunday, the heat broke (slightly), so I jumped on the chance to bear the heat and get into the kitchen. I decided on pork chops with a peach BBQ sauce and corn and tomato salad. As I've written before, I love the flavors of summer, so featuring them in my cooking is very important when the season is right. 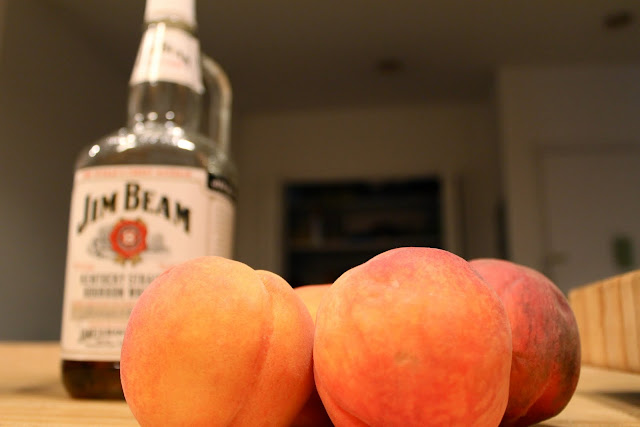 For the peach BBQ sauce, I adjusted a recipe I found online. I bought 4 ripe peaches (in lieu of frozen ones the recipe called for). I peeled them and chopped them up along with 2 shallots and 2 garlic cloves. 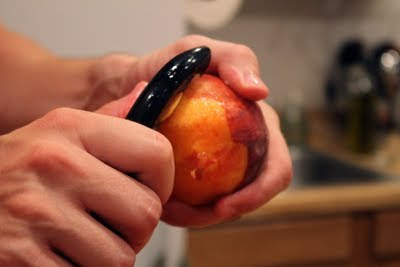 I sauteed the shallots in 2 tbsp of butter, and once they became translucent, I added the peaches and garlic and let that cook down for about 5 minutes. I then added the juice from one lemon, about a third of a cup of cider vinegar, a quarter cup of brown sugar, a tablespoon of Worcestershire sauce, and half a cup of chicken broth. 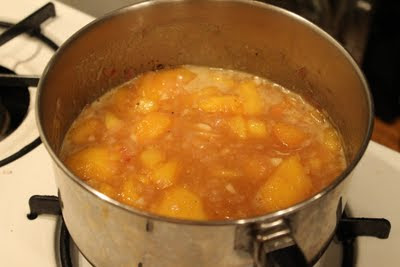 I let the sauce simmer for about 20 minutes, and then added half a cup of Jim Beam bourbon and let it simmer for another 10 minutes. I used a hand blender to blend the sauce, and let it sit until the pork chops were done. The sauce was very tasty, but not really a traditional BBQ sauce. Next time I'll add some mustard for a little kick, and some ketchup to thicken and darken the sauce, and give it more of the classic BBQ tang. 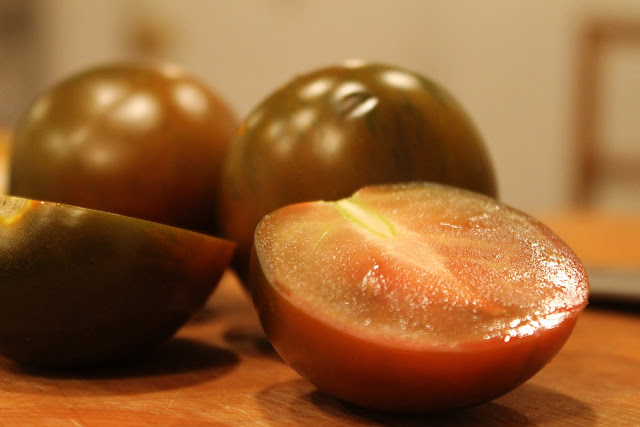 For the salad, I used dark brown tomatoes, which have a nice rich flavor. I sliced those into thin wedges. I then cut up an avocado, which I do by halving it and removing the pit by sticking my knife into the pit and turning. I then make cross slices in the avocado, very gently so as not to cut through the skin (and into my hand). I then scoop out the pre-sliced flesh with a spoon. I also julienned an orange pepper for color and texture in the salad. 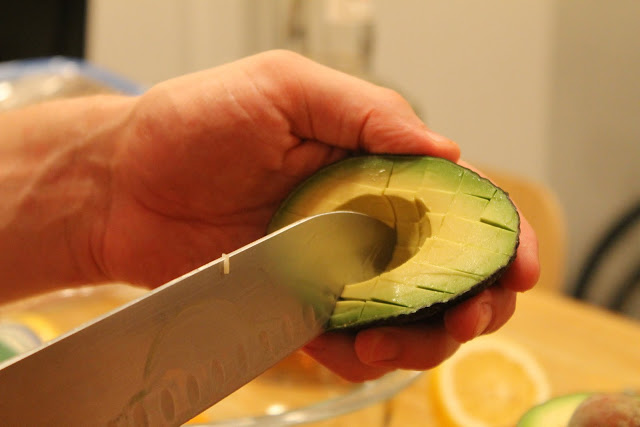 For the corn, I put some water in a plate with the corn, covered it with another plate, and microwaved it for 2 minutes on each side. The result is nicely cooked corn without having to boil water. I removed the kernels from the cob, and mixed it into the salad. I squeezed half a lemon over the salad and a healthy amount of crushed black pepper. I tossed it with some olive oil and basil from my basil plant and set it aside. 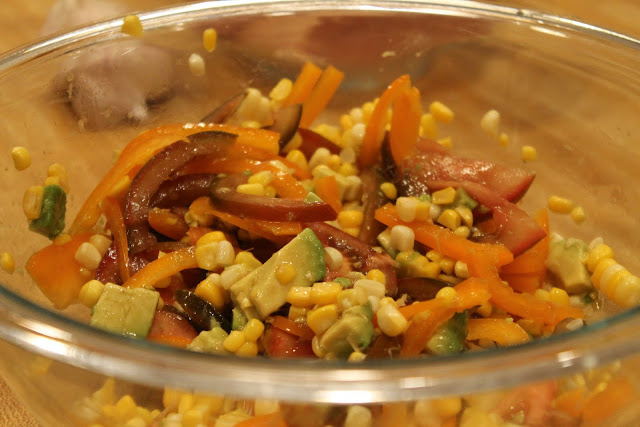 The pork chops I bought were extra thick, boneless chops. I brined them in a water, salt and sugar brine. Once I was ready to cook them, I browned them in my cast iron on the three non-fatty sides, and then, with the fat side up so the juices run through the meat as it cooks, I put them in the oven at 350 for about 12 minutes. 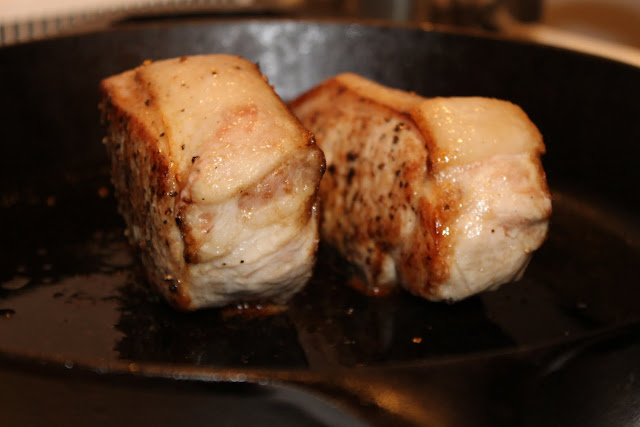 The chops were delicious. The meat was perfectly cooked (just slightly pink) and very juicy, and the saltiness of the pork went well with the sweet peach sauce. The salad was a nice refreshing side to go along with the hearty pork as well. 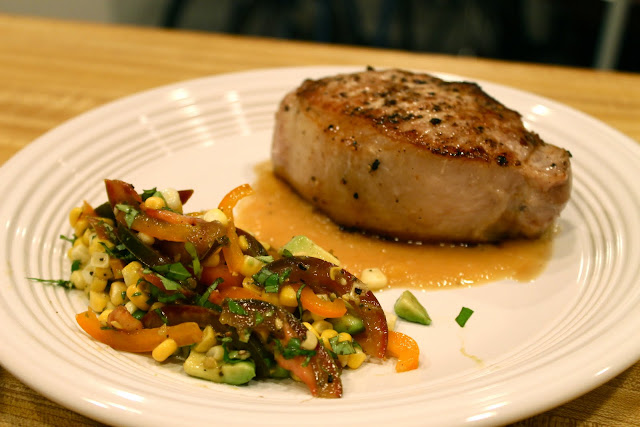