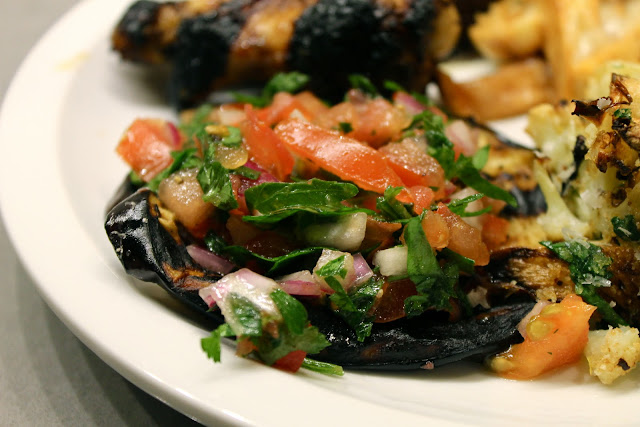 I am a big fan of eggplant. It's a really beautiful, interesting, and versatile vegetable. Eggplant can be fries, breaded cutlets, dips, sides, main courses, and even bruschetta. It melds well with all types of cuisines and flavor profiles as well, but for this dish, I wanted to do a play on an appetizer classic, tomato bruschetta. 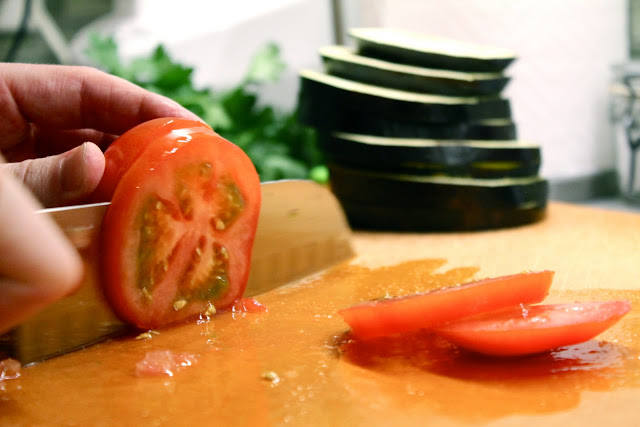 I was at my parent's apartment, where my dad has an amazing grill built into his range, so I decided to grill the eggplant to get a nice char and slight crispiness. I brushed the eggplant with a little bit of olive oil, and sprinkled with salt and pepper and placed the slices on the grill flipping after about 4 minutes and charring both sides. If you don't have a grill handy, you could use a broiler to get a similar effect. 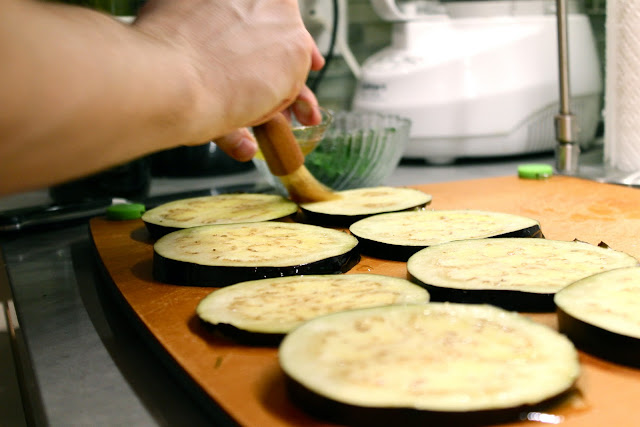 For the bruschetta topping, I chopped tomato, red onion, parsley, and garlic. I mixed it with balsamic, olive oil, salt, and pepper and let it rest so the onions broke down a bit in the vinegar and the tomatoes absorbed the flavors. Once the eggplant was done, I served it as a make your own bruschetta and the result was delicious. The eggplant wasn't as crisp as I wanted, so I would be sure to serve right away after cooking them so they don't get too soggy. The flavor of the eggplant with the tomatoes and balsamic was perfect, and the mild smokiness brought out from the grill was the perfect balance to the acidity of the topping. This was a healthy and attractive dish that was very easy to make. 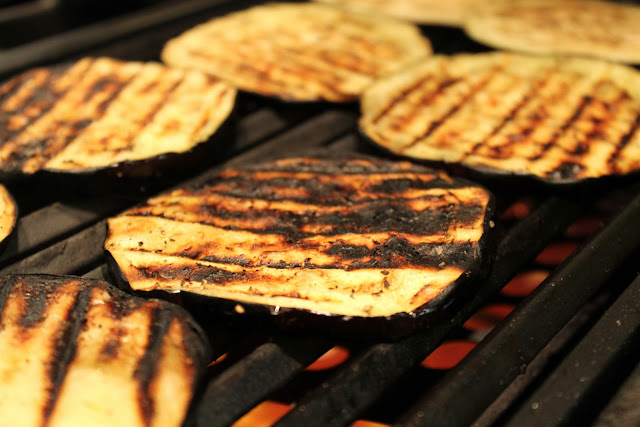 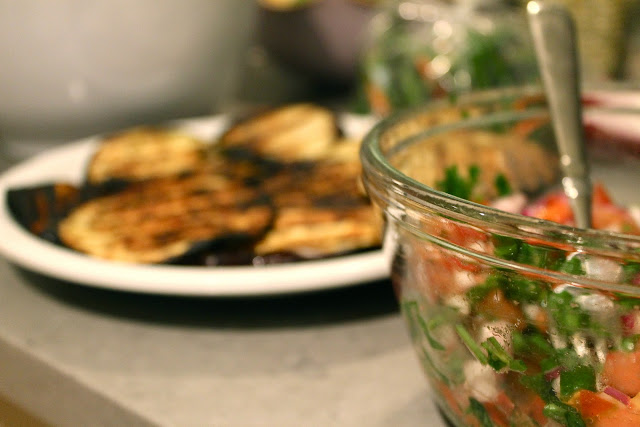