A Healthy and Inspired Breakfast 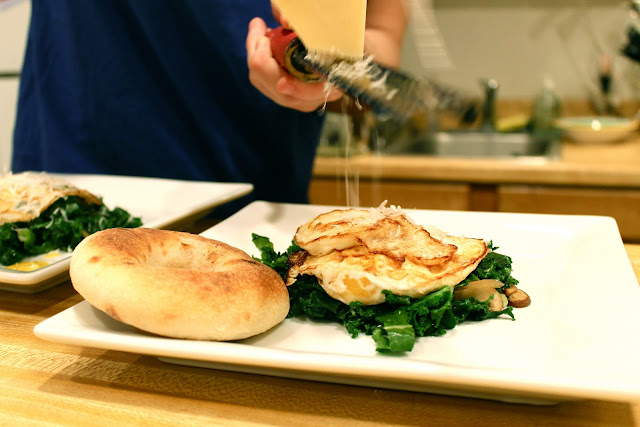 Inspiration for a good meal can come from anywhere. I will often look at recipes or menus to get ideas for the things I cook. Sometimes I will just come up with something out of the blue or figure out a meal from a conversation with someone about cooking. One of my favorite sources of inspiration for meals is when I eat something at a restaurant that I enjoy and then try to recreate it in my kitchen. In the East Village, there is a restaurant called Northern Spy Food Co. It's a small rustic space with a fresh and imaginative American menu. I've eaten there a number of times, and I'm particularly partial to their brunch. They have one dish that is a kale salad with squash, cheddar, and eggs. I love kale, and this salad always catches my eye. I decided to do a take on a kale salad with eggs for breakfast, inspired by the dish at Northern Spy. 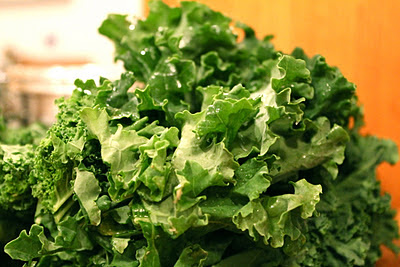 This dish was not complicated at all, and turned out to be a delicious and extremely healthy breakfast. I started with a bunch of kale, washed it, and sliced it into thin strips. I then boiled some water under a steaming tray and steamed the kale for 2 minutes until it was a brighter green but still had come crispness. It's important to take the kale off the steamer and either put it in cold water or put it in the freezer so it stops cooking and stays crisp. 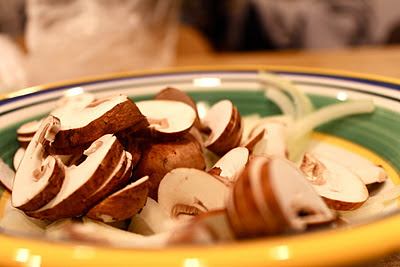 I then sliced some mushrooms and onions and sauteed them in butter to go in the kale salad. I love the taste of onions and mushrooms with eggs, so instead of the squash that Northern Spy uses in their salad, I used this to compliment the eggs. 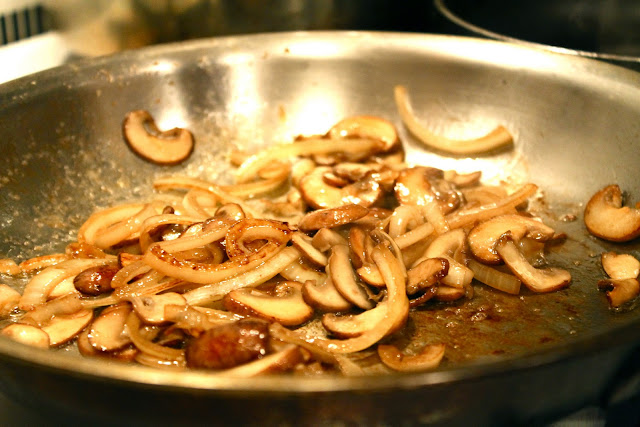 Once the mushrooms and onions were done, I tossed them with the kale, added some olive oil to moisten the salad and shredded some fresh parmesan on top. I then fried two eggs to over easy and served them on the salad. On the side, I bought an onion biali to scrape up the yolks from the plate when I was done. 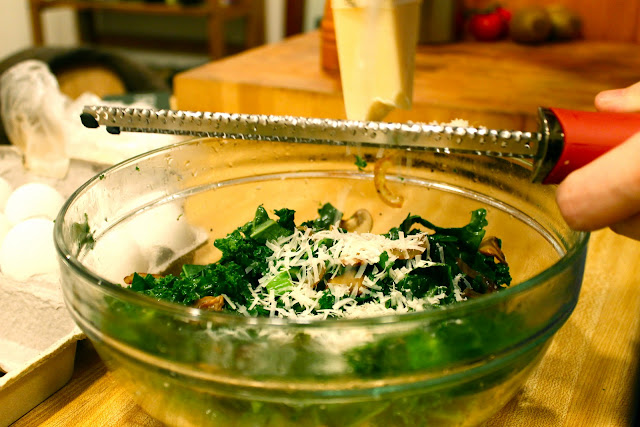 The meal was delicious. The salad was fresh and flavorful, and when mixed with the runny eggs, the taste was divine. The bright flavor of the kale worked well with the earthy mushrooms, and the punch from the parm was exactly the right topping for the dish. 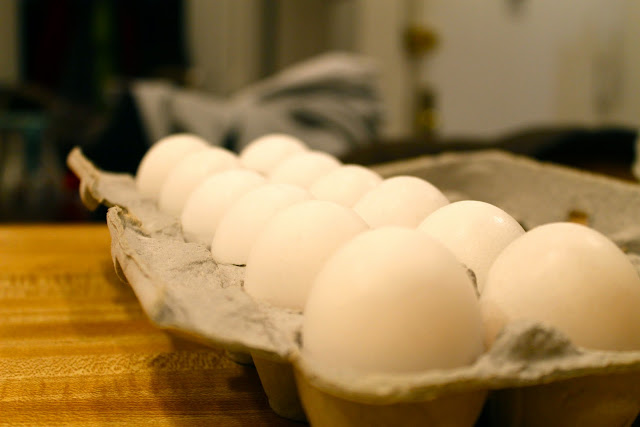 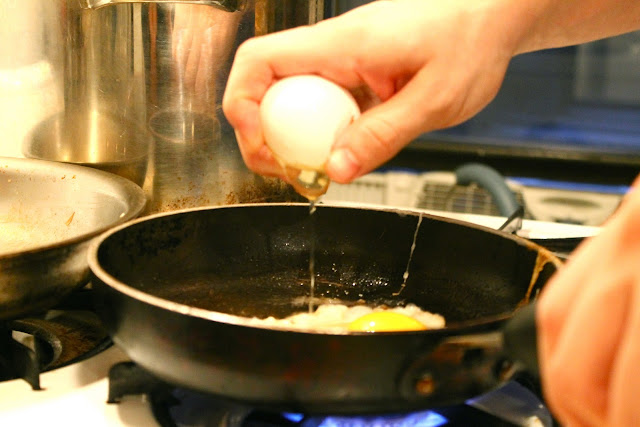 love the pic of the eggs in the carton...so basic...so beautiful!