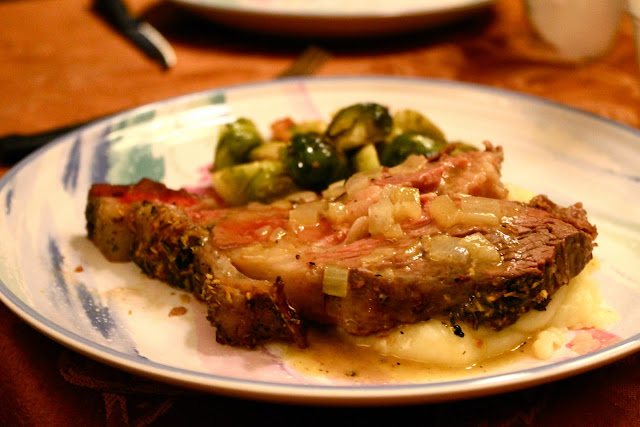 When cooking for a big crowd, sometimes you want to make something that's low maintenance so that you're not spending all night in the kitchen while everyone else is having fun. This past New Years, I wanted to create a meal that was hearty, festive, and delicious, without keeping me confined in the kitchen all night long. I decided on making a rib roast with potato and celery root puree and roasted bacon brussel sprouts. This meal is a classic large party menu with a lot of flavor, but is simple enough to keep even picky eaters happy. 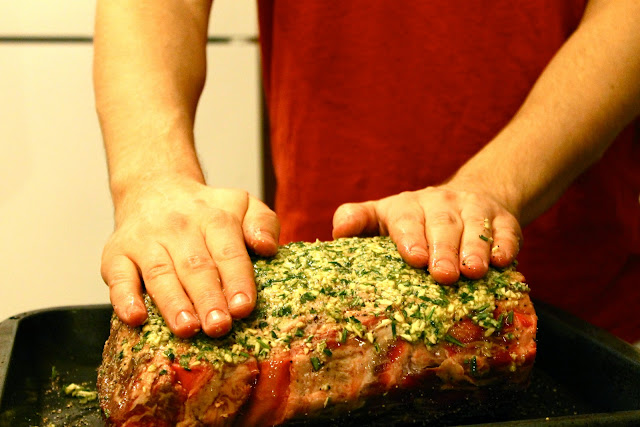 For the roast, I bought a 4 bone, 8 lbs roast. This was more than enough to feed 10 people, but I always feel that it's better to overestimate on quantities than run out of food at the wrong time. I found a rub recipe for the roast using horseradish, rosemary, thyme, garlic, salt, pepper, and olive oil that sounded delicious. Roast beef has a really rich meaty flavor, so adding the horseradish and herbs creates a nice bright contrast in flavor to go with the meat. I rubbed the meat with the rub and let it sit out to get to room temperature for about 1/2 hour before cooking. 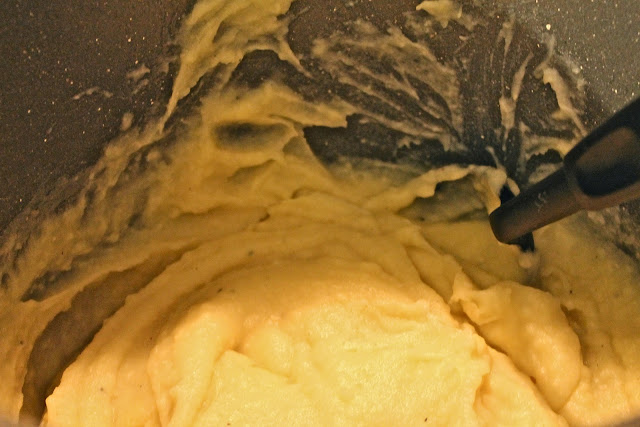 For my sides, I wanted something that would go well with the meat and was relatively easy to prepare. The potato and celery root puree was perfect as the starch to go with the roast. The celery root gives the potatoes an interesting flavor, and the puree creates a nice base to meld with the juices from the meat and the gravy. The brussel sprouts with bacon are a crowd favorite and they disappeared first from the table when we sat down to eat. The meal turned out well, but I'd have to say that rib roast is a bit of a pain to cook. When the bone is still attached to the meat, the temperature is very difficult to regulate. The outside can be a perfect medium rare, but the inner portion of the roast can be almost blue, which is not good when the meat is a bit tough, and many people don't like rare meat. One recommendation I received was to remove the meat from the bone prior to cooking. This takes away from the ribs acting as a rack and from the flavors running through the meat and into the bones, but it cooks more evenly. 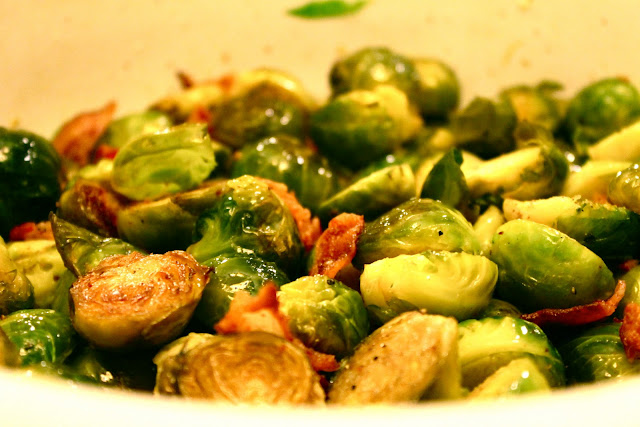 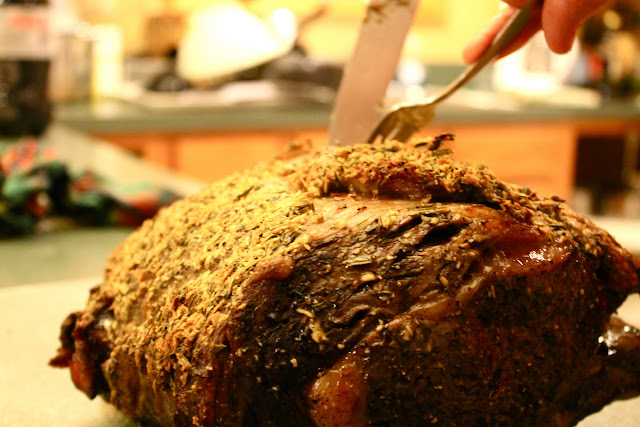 To Cook
The Roast


The Puree
The Brussel Sprouts
Posted by Ty's Kitchen at 10:16 PM

loved the photo of the puree...beautiful (unintentional) design going on inside the bowl!

Made the brussel sprouts this weekend with a set of NY Strips...

Outstanding and very simple to execute.