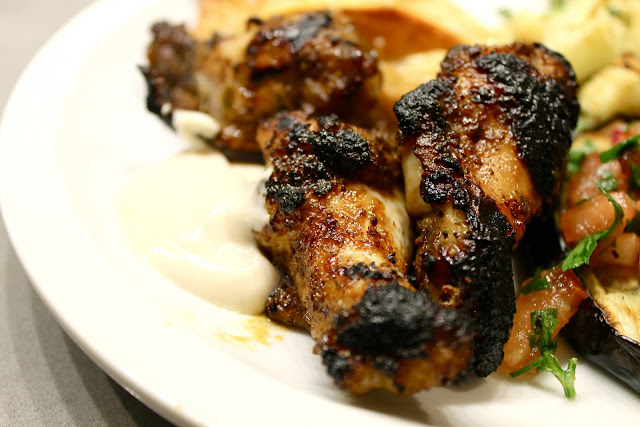 Oh wings. I love chicken wings, whether buffalo or bbq, fried, smoked, or grilled. For some reason, chicken wings are the perfect football snack. They're filling, but somehow you can eat them gluttonously. They're spicy, but they never overwhelm you. Wings are the mysterious chicken dish that are appropriate for every occasion and can be prepared in many different ways. A ubiquitous snack, perfect for an American pastime. 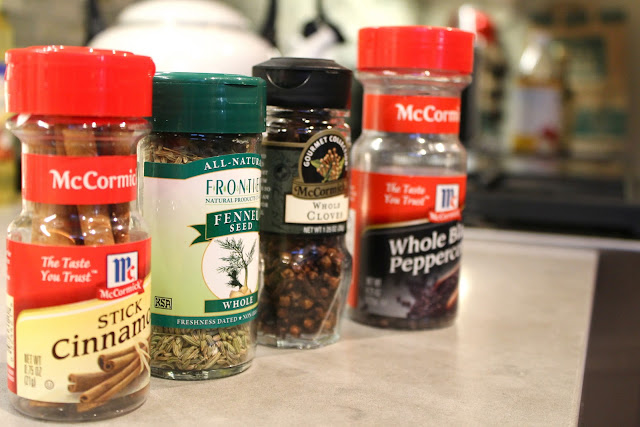 I was home for the Divisional round of the playoffs, and made a crazy spread of food for me and my girlfriend. For the center of my epic football feast, I wanted to make a grilled Asian wing. I was planning on using Asian five spice as a rub, but my dad didn't have any in his pantry where I was cooking. I looked up the components of five spice and found that it was a mix of cinnamon, fennel seed, cloves, peppercorns, and star anise. I searched the spice drawers in my parents kitchen, and found all but the star anise, so I decided to do an Asian four spice rub. I used a Magic Bullet as my spice grinder (the infomercials are right, it's awesome) and made my rub. I coated the chicken in the rub and let it sit for about 2 hours. 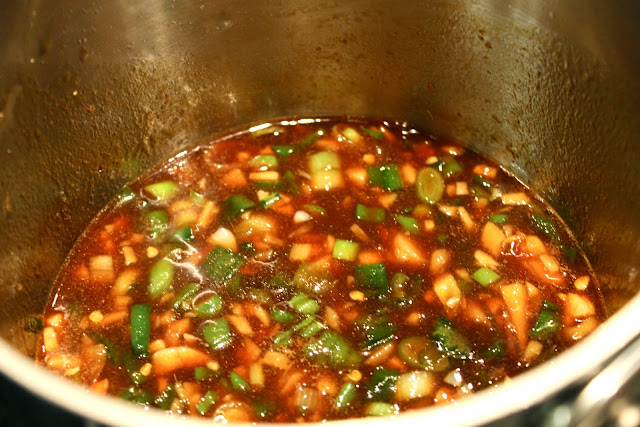 After 2 hours, I preheated the oven to 400 and placed the wings in 1 layer on a baking sheet and covered it with foil. I baked the wings, covered, for 20 minutes, removed them from the oven, and took off the foil. The scent was delightful. The Asian four spice rub was strong with the rich scents of cinnamon and clove and the bite of the peppercorn and fennel seed. While the chicken was baking, I made the sauce. I chopped up garlic, scallion, ginger and 2 Thai chilies. I sauteed them in a small saucepan, added ketchup, soy sauce, cider vinegar, and agave and cooked down. I then blended the sauce in the Magic Bullet, poured over the wings, and grilled them. The result was nothing short of spectacular. The spice from the sauce was dulled somewhat by the char of the grill, and the dipping sauce was the perfect compliment to the spicy wings. 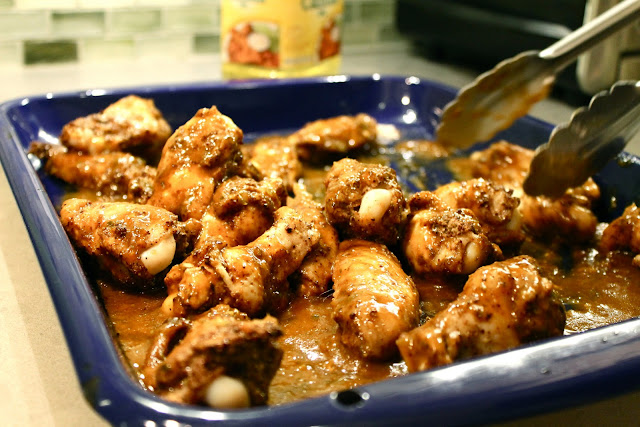 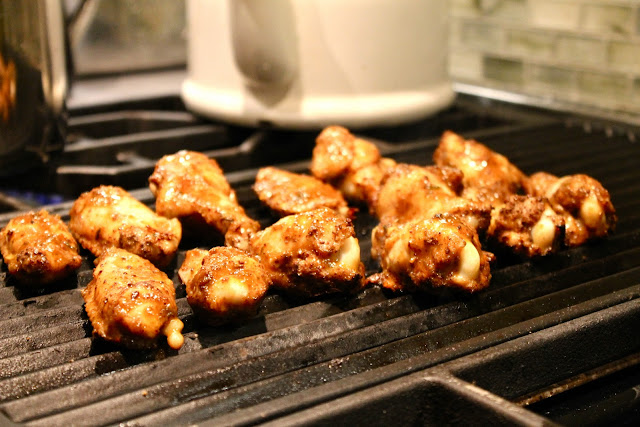 I thought you included 5 spice in the marinade???

I was planning on using five spice, but didn't have any available, so I improved with four od the five spices in Asian 5 spice. I would recommend using the real thing instead to deepen the flavor.

So I made the wings for Superbowl good-eats... They were fantastic.. only thing better than the wings was the win over the Pats!

The only change I made was to brine for about 10 hours...and used the full 5 spice. Brining was not necessary with all the other flavor.

Oh.. I also added sour cream to the dipping sauce.