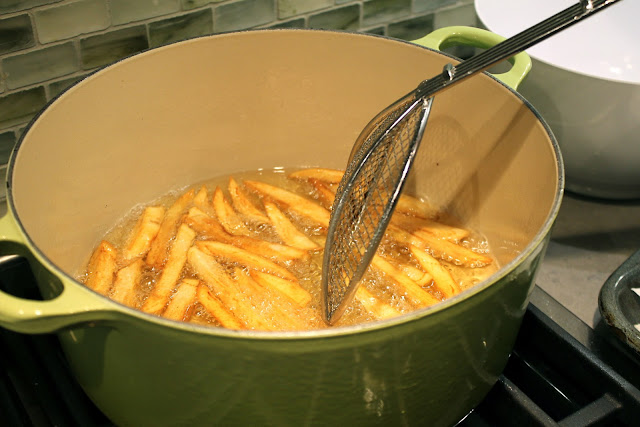 The Canadians don't get a ton of credit in this world, but one thing that they've blessed the world with is worthy of a Nobel Peace Prize or a Pulitzer or the mysterious Noblitzer Prize for really unhealthy food. The dish worthy of this high praise is... drumroll... Poutine! French fries, cheese, and gravy, mixed together for a delicious, unholy, amalgamation of awesome. I've had poutine more times than I probably should have (which is only about 3 or 4... it's really not good for you), but I was curious to see if a homemade version would live up to the tasty hype of the famed French Canadian dish. It did. It really, really did. The salty potatoes were perfect with the rich gravy, and the gooey cheese was the perfect flavor and texture to bring it all together. Make this dish, you will be happy you did (until you weigh yourself). 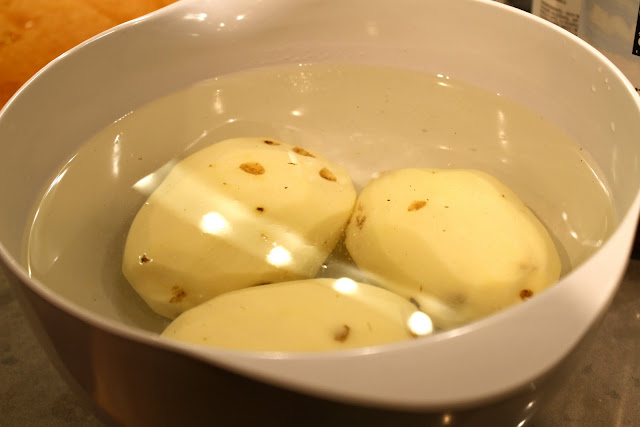 I started out with some large Yukon gold potatoes. I peeled them and submerged them in a bowl of water. The reason you want to submerge them is to prevent oxidization. If you leave the potatoes out, they'll react to the air and get a little discolored. After I peeled the potatoes, I heated about 2 inches of canola oil in a dutch oven pot on medium high. The optimal frying temperature for frying is 350-375, but if you don't have a stovetop thermometer (I don't - gift idea!) you will want to test the heat by putting a piece of potato or square of bread and when it fries to light brown in 60 seconds, you're good to fry. Here are some more tips if you're curious about frying. While the oil is heating, slice the potatoes in the shape of your choice, place them on paper towel and try to pull out as much of the moisture as possible. Once the potatoes are dry, fry them in bunches, being sure not to overcrowd. Give them a stir to keep them from sticking together and once they are brown after about 6-7 minutes, take them out and lay them on paper towel to get them nice and crispy. 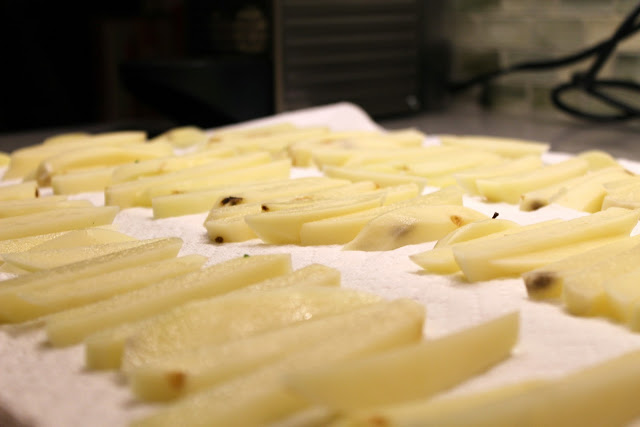 For the other key component of the poutine that needed to be cooked, I made a very simple chicken stock gravy. I heated about 2 tablespoons of butter and 1 tablespoon of olive oil in a saucepan until hot. I then added about a quarter cup of flour and stirred constantly, scraping it up from the bottom of the pan until the flour was golden, about 4 minutes. I then added 1 cup of chicken broth, and let it simmer until it thickened. For the cheese, I couldn't get my hands on any Canadian cheese curd, so I used mozzarella which is a good alternative. 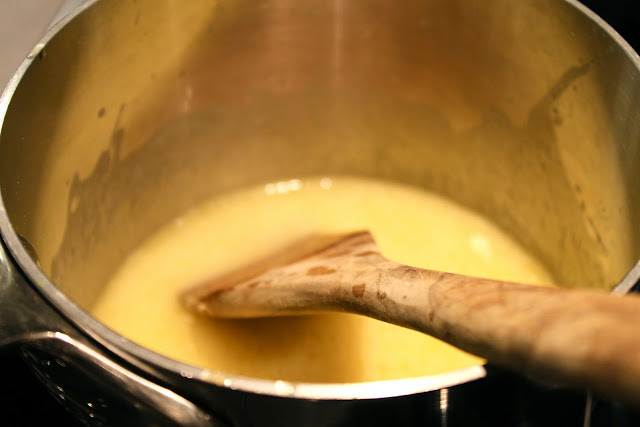 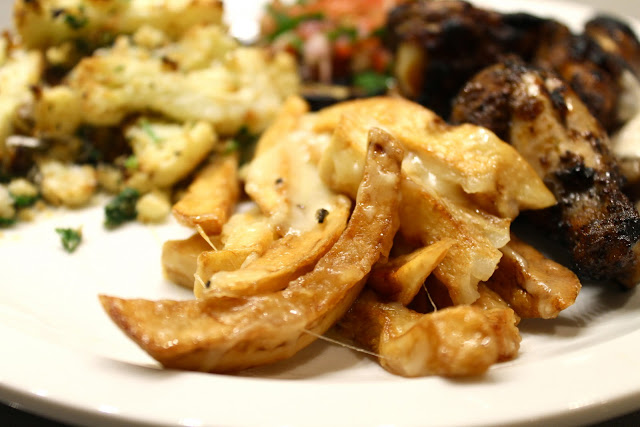 i love your photos...how come these were so small?

Thanks! I'm glad you like the photos. I'm not seeing the same issue with the pictures being smaller than normal... Let me know if you see the issue on any future posts and I'll look into it.